I was up moderately late on Sunday, well, it was the weekend.  Or has that excuse all but dried up now?  Still, it was before nine.  While discussing over breakfast the plans for the day, we decided, sure, why not do two hours on public transport to Gunners Park? Ah, perhaps without adding the bit about Serin being there, it might seem a little weird.

After the tedious and seemingly dragged out journey there, we were greeted at our destination by a biting cold.  Joining the group of assembled birders - or perhaps, twitchers - I spent an hour and a half scrutinising every Green and Goldfinch which went past.  Every one, and there were quite a few.  With nothing happening, we headed down to the sea for a while, year-ticking Sanderling, Turnstone and Knot. And still, there had been no sign of the Serin since much earlier that day.
By now, we had only a couple of hours of light left to the day, so it was back to finch watch.  Another lengthy period of watching, with again, no results. Thinking it may soon be time to leave, I stood up to have a walk around, when I noticed a few birders looking into a tree.  Interests plucked, I started to walk over, only to have one of them wave to us, signalling they had the Serin - A brief sprint followed. Then I was watching two yellow-green blobs, yet undoubtedly the stunning Serin.  Approaching closer to the tree, we managed some fantastic views before the Serin flew down and landed in the undergrowth in front of me. Apparently rather deep into the undergrowth...They effectively disappeared.  It took about twenty minutes before one showed, and by now the light was fading, but quite simply, wow!  A truly beautifully little finch. 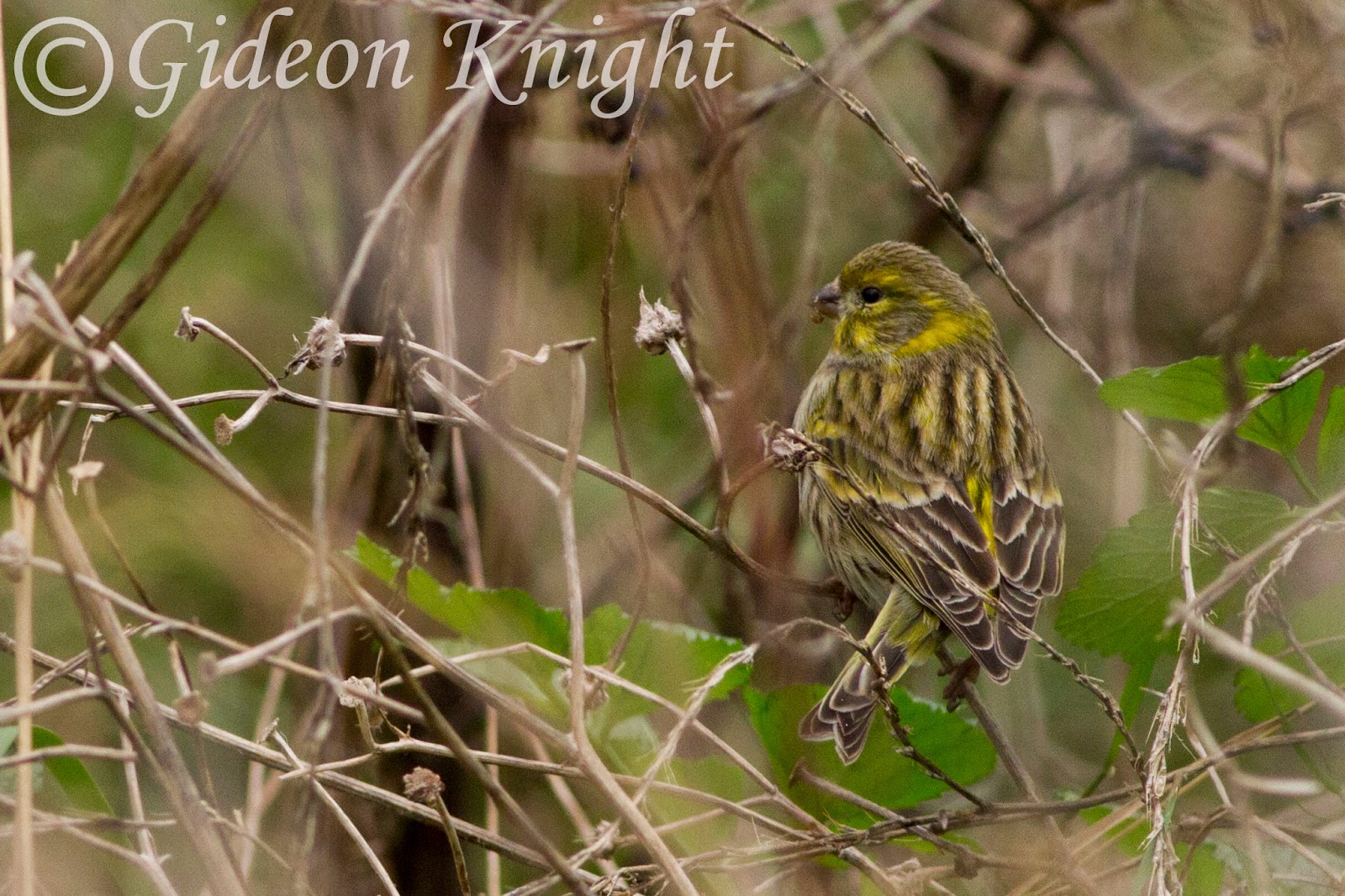 It continued to feed here for a while, before both birds flew off high over some houses. Mostly likely to a garden feeder somewhere, being passed off for a Siskin or an escaped canary.
Truly well worth the trip, even with the two hour journey home in the dark...
Posted by Early Worm at 08:23 No comments: