What am I? Besides, arguably, from being human that is. Back in the good old days almost the single most important thing to me, was that I was not a twitcher. I was very adamant about that. What could be worse than being called a twitcher? The shame of it.  Many a blog-post was written to ensure everyone knew that I was just a twitcher birder.  Soon though, the evidence built up against me... I couldn't pretend that I'd just ended up at Kinsale by accident and that the Ross's Gull found there was just a happy coincidence.  Nor could I claim the several hour detour to Aberdeen when I was in Scotland was for the scenery and not for the Harlequin Duck.  It was around this point I decided not to mention my stance on the matter anymore. While I still had some face left to save...

From then on I was an all-encompassing birder.  A couple of days a week I was a patcher, a couple of times a month I was a birder, and here and there I was a twitcher.  It was a happy and prosperous time. But then, (If you had deduced the coming of a 'but', please allow yourself a pat on the back, be it from yourself or a third party) I ran out of that all important thing - Luck.  There came a time when I would have loved to take the title of twitcher.  If only! I became a, oh my this is difficult to say. I became a... a... a dipper.  And a good one at that.  Now, if you're thinking, oh, that's not so bad, a small black and white bird that lives along streams, then you have lost all pat-on-the-back privileges which may previously have been earned. Alas, no, I mean dipper in the sense of a birder (okay, twitcher) who, having travelled to look for a bird, has failed in their quest. Long journey no birdie.  It was a difficult time.  There is a frequently used expression, rock-bottom, which depicts the furthest someone can fall. In the February of 2015 I went at rock-bottom with a pneumatic drill, when in the space of about a week, I dipped two mega's and 3 rarities. At the ripe old age of fifteen I was a washed up birder, it was just about time to retire.

I settled down soon after, to become more of a patch-birder and occasional local twitcher, and things were good you know, every once in a while I even got to see a Meadow Pipit (insert sarcastic 'wow').  And thus, really, it has remained since. But now, now I face a new conundrum. Can I even call myself a patch-birder?  Sure, I visit my local patch usually 3-4 times a week, and when something unusual turns up, I notice it. But do I ever go over there with a pair of binos?  Do I ever keep a list of what I see in a day, a month, or even a year? To both those birder-ly things, the answer is no. Not anymore.
Now, when I head to the patch it is to take photos of the birds... and... increasingly, the mammals. Hey, don't judge, mammals are about as good as avians... I mean come on, foxes are too awesome not to photograph.

Throughout my whole birding 'career' wildlife photography has always played a big part, a part which ran alongside and worked in conjunction with the birding. But now it is starting to take the reins for itself (figuratively, I'm too scared of horses for it to be literal).  I'm not saying this is a bad thing, far from it, there's very, very little I enjoy more than wildlife photography.  Yet still... after all this time, all the places I've gone, all the things I've seen... have I lost the title of 'birder'?
Must I change the name of this blog to read 'The Early Worm Wildlife Photographer' and suffer the wrath of misled non-arthropod-invertebrate fanatics?  I'm not sure anyone would deserve to be placed in such a situation as that. Although I doubt it would be too hard to worm one's way out of...
Birder, Patcher or Photographer... what do you think? 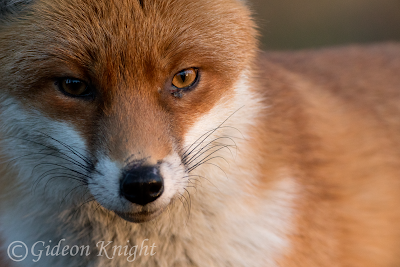 Tradition. It's a well known phenomenon. Whether it's reading a book for half-an-hour before bed every night or eating a peanut butter and cheese sandwich every Wednesday at 14:43, everyone has their little habits and routines.  It's a condition even animals buy in to.  Some people will choose to spend their summers in France each year, and some birds, who have the ability to go almost anywhere, will choose to spend their winters in a London park.  Anyone who has these sorts of regular rituals will know that they can be hard to stop. Once it's become ingrained it's almost second nature.  And really, if you've got something good going, why would you want to stop?
Now, let me ask you this: Is Valentines Park not a good place to spend your winters? Okay, wait... maybe let's not answer that one...  But surely, a sixteen year long tradition of doing so would be hard to break. By that point it's practically ancient lore, and you can't break ancient lore - there's probably a law against it. But the routine has been broken. And alas, it is for these very reasons that I have passed through hope and denial, and been led to fear the worst for our good friend Valentino. Yes, Valentino the Mediterranean Gull; Ilford's biggest celebrity and only interesting bird. After sixteen consecutive winters, he has not returned. 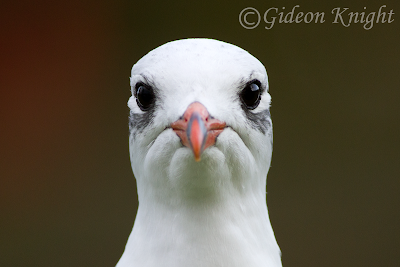 In previous years he would usually arrive in early October, with his latest turn up being on the 26th of that month. But October has passed. As has November, as has December, and still no Valentino.
Maybe, just maybe, he's still out there. Somewhere. Perhaps after sixteen winters on the Boating Lake he was beginning to feel like Bill Murray in Groundhog Day. I imagine the thrill of grey weather and mouldy bread wears off after a while. After 80 or so months.... it may become dull and just a little bit repetitive. An endless cycle of competing for scraps which is interspersed only occasionally by some bozo with a telephoto lens.... living the dream?  Perhaps not.

Has he passed on or has he just broken tradition? Which, well I guess we will never know for sure. Perhaps he's decided to settle down in his home country of Belgium - I hear they produce some rather delicious cocoa based confectionery. Maybe Brexit was the final straw....
Wherever he may be, whatever he may be doing, let us just take a moment of silence to appreciate just how awesome a gull Valentino was - except when he betrayed us for Wanstead Flats... that wasn't cool. You and your lovely white wings will be missed in the park. 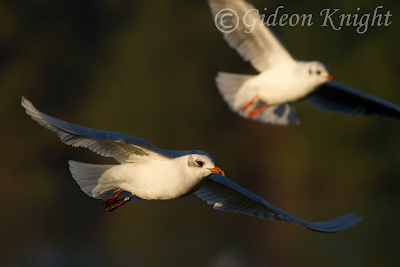 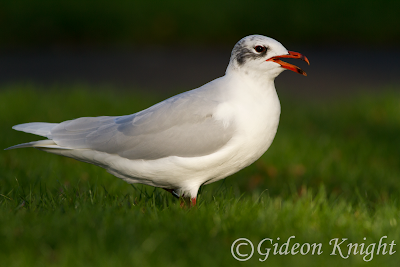