A Brief History of Cameras, and Thoughts on the 5D MKiv

Way back in the good ol' days, when I was but a bairn of thirteen, I splashed out my savings and became the proud owner of a Canon EOS 7D. Ahh, the trusty 7D: that camera served me well for the best part of three years (very well actually, considering the affairs set in place by a certain image of a crow this year).  That camera saw me through thick and thin. Together we saw mega rarities, pigeons, whales, ridiculously friendly Grey Phalaropes, and most likely more pigeons.
Then, during the February of this year, after months of struggle and turmoil, I finally came to a decision.  A decision which once again lost me the trust of a good friend... my poor old savings... they just didn't see it coming.  It was, alas, time to say goodbye to the 7D (this is getting pretty emotional, I know) and welcome a new member to the family: the Canon EOS 5D Mark 3 Okay, I'll be honest with you, it was hard to be too sentimental about the 7D when you're now the owner of a 5D3.
What an incredible camera it was.  All of a sudden my images were consistently much sharper, the colours were oh so much richer, and, I could shoot above ISO 800 without being (just slightly) terrified of my images ending up like a rock concert... noisy.
It was a big investment for me, and one I was happy with. I didn't think I would need, or (more surprisingly) even want to upgrade again for at least several years.
Fast forward eight months and umm... well I'm not shooting on the 5D3 anymore. Through a fortuitous chain of events (once again involving that aforementioned crow) and with big thanks to Canon, I became the proud, yet considerably gobsmacked owner or the brand new Canon EOS 5D Mark 4. I have already described the Mark 3 as being an incredible camera... and as such it's rather hard to find enough hyperbole to aptly capture the Mark 4's awesomeness. 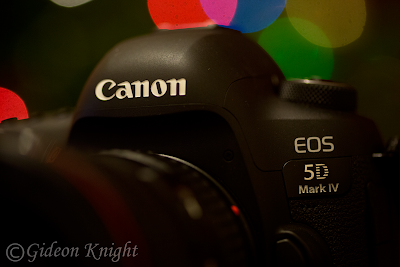 I've now been shooting with the Mark 4 for two months, and week by week it still never fails to impress me.  I have read several posts on the World Wide Waste Web, which proffer to opine that there is only marginal improvement over the previous generation (the Mark 3), but, well, I honestly just could not agree.  Perhaps in a set up, studio test shot between the two, the difference would not be all that noticeable, but in the field, where it counts, it is noticeable. And, really, that's what matters.
I don't claim to be an expert in the technological functions and systems of cameras, but I would like to think I am not completely ignorant as to how to use one. As such, here are my thoughts, after two months of hands on use of this camera.

Let's begin with the auto-focus and image quality.

Now, as to focus speed, I believe that that is largely the same between both the Mark 3 and 4 (the extra fame per second is nice though), the speed is more largely affected by the lens used than the focus system. As to accuracy however, the Mark 4 steps ahead, as it provides incredibly sharp images with more consistency than the 3... with whom's sharpness I never really had an issue. The new system provides incredibly fine detail in both good light, and, more impressively, it retains that level of detail when shooting in low light conditions.
Between the two generations, there's an eight megapixel difference. Of course, this doesn't hugely effect you, unless you need to blow the images up for large scale printing, but it is nice to be able to crop in a considerable way and still retain some file size.  Your computer might have a different opinion on this increased file size however...
Below are two images of a Grey Wagtail, one shows the original size, and one shows the quality that retains from a crop. Can you tell which is which? 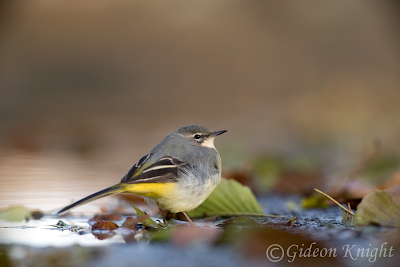 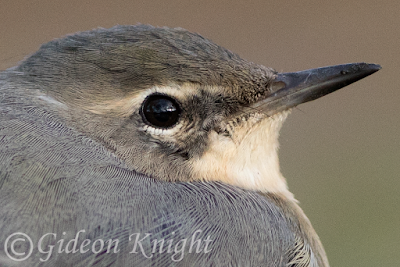 Recently, I've spent a lot of time working on photographing foxes. Thankfully, in the park, they're not nocturnal (that would make things a little more difficult), they don't however, often come out before dusk. Now here is where, for me, the Mark 4 really comes into its own. With the 7D, photographing in these conditions with an f/5.6 lens would have been more impossible than any of Tom Cruise's missions... provided you wanted the images sharp that is. With the 5D3, it was very possible, but on occasion the images would end up being perhaps slightly noisy as the ISO begins to creep above 5000. At the beginning of this year my mind boggled at the thought of ISO 1000. The 5D4 now? Well, that just excels. 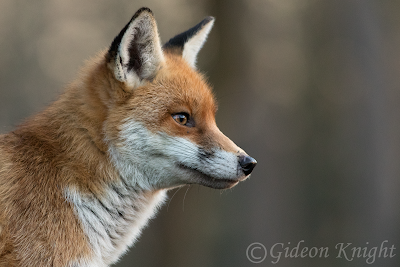 Bump the ISO up to 5000? No problem, an electric car would probably have more noise. Even when you reach 10,000 the images are usable. This next image was shot at ISO 10k and is cropped in at around 100%. 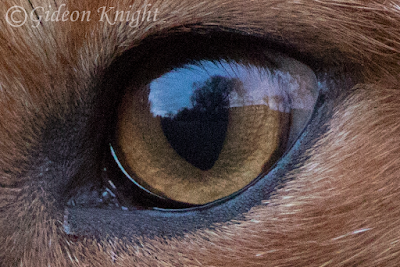 A camera's ergonomics are very important; you have to be able to change your settings instinctively, without having to really think about what you're doing.  Canon got it right with the Mark 3, and it's largely the same with the 4.  There are a few pretty cool new features though; the new body has improved weather sealing, the quality of the LCD has been updated, so that it now shows better colour and clarity, and it's also been made touch-screen. I was a little wary of this at first, but it's not without its merit.
Another new technological step up is with the inbuilt Wi-fi. This means you can control the camera from your phone, which, to be fair, is pretty cool.  And really quite useful if you forget to put new batteries in your remote triggers... ahem, not that I ever do that. 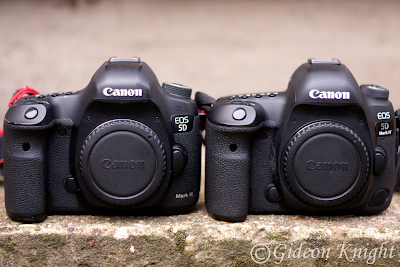 This new technology does not come without some small costs - I've noticed that the Mark 4 drains batteries at a more substantial rate than the 3 did. It's not particularly problematic, as each battery can probably last for 1000 or so images, but the charger does get a lot more use than it once did.

It's still early days, but for me, from my experience, although I have found both to be brilliant, the 5D Mark4 has many improvements over its predecessor. Most notably and most importantly, in the low light control and the accuracy of the focus. The Mark 3 is undeniably one of the best and most popular wildlife cameras around, and is certainly not worth forgetting. The Mark 4 just pushes the boundaries of possibility even further.  I feel hugely privileged to be using this camera, and am excited to see what more it can do in the new year!
Posted by Early Worm at 11:04 3 comments: