It's been nearly a month since I was last patch birding, my how much the park's changed... well not really.  I suppose yes, there's a little difference. Rats are now a lot more abundant, and I do really mean a lot. They nearly outnumber Squirrel, which in London is saying something. On occasion they can be quite nice though... 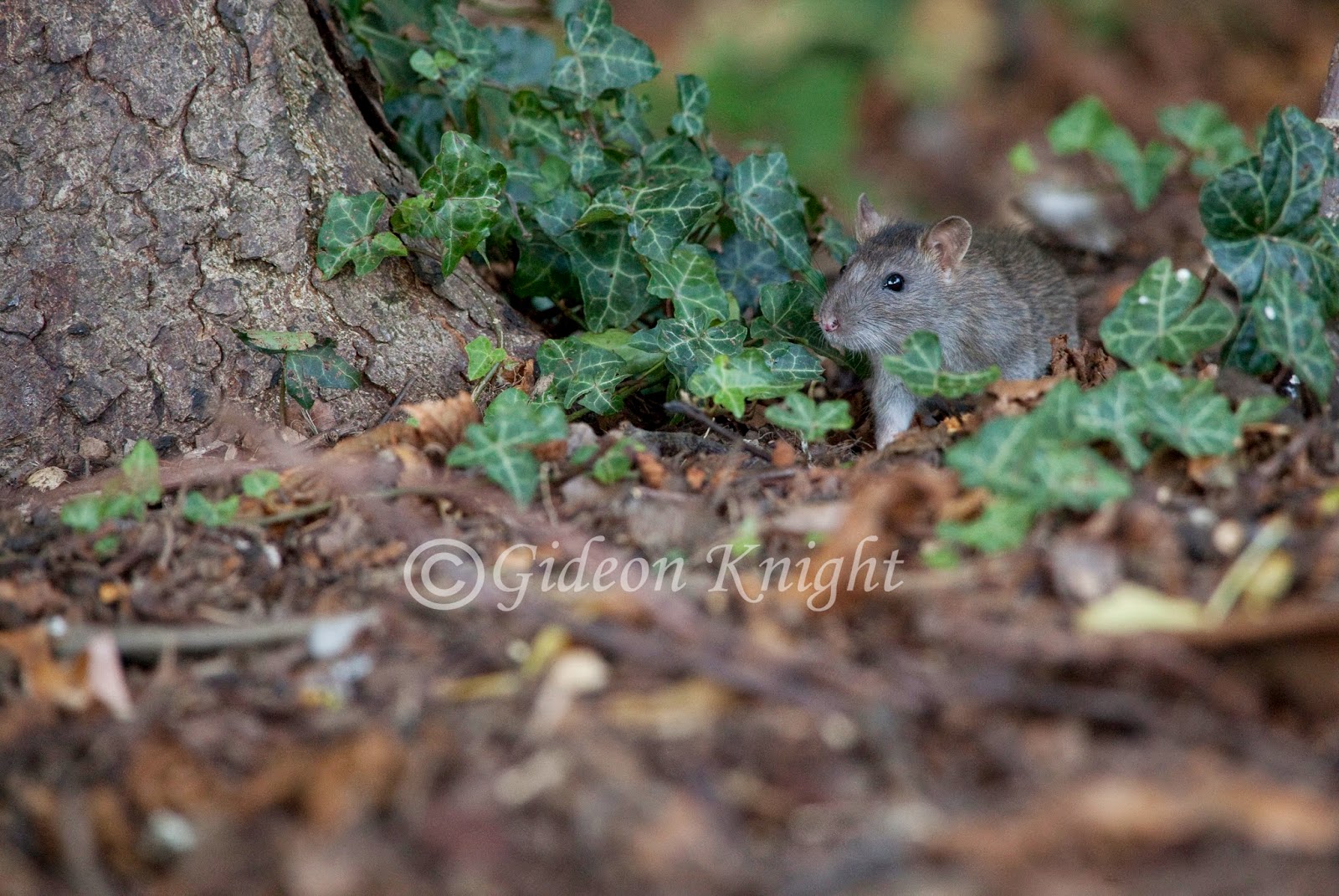 Do you remember me writing with some excitement about a Cormorant that was regularly gracing the park with it's presence?  As it turns out Cormorants are definitely going to become more regular on the park, with five - yes, five - being present at once yesterday, and four again today.  I'm not sure what the sudden popularity of the park is for them, it's a great mystery. Maybe we'll get a Little Egret next... I still have hope.
Take into consideration first that this is my patch, now you should most likely be surprised to hear that this is not the biggest news.  No, bigger news is the return of the Kingfisher!!! I had the clichéd flash of iridescent blue and the piping call along the canal, it then proceeded to land along the water's edge. It was a female, so most likely the same individual as last year.  I'm frankly amazed though at how early it's turned up, most winter visitors don't turn up until October.  This gives me longer to try and get a shot of it this time, I think I'm going to need all that time.... 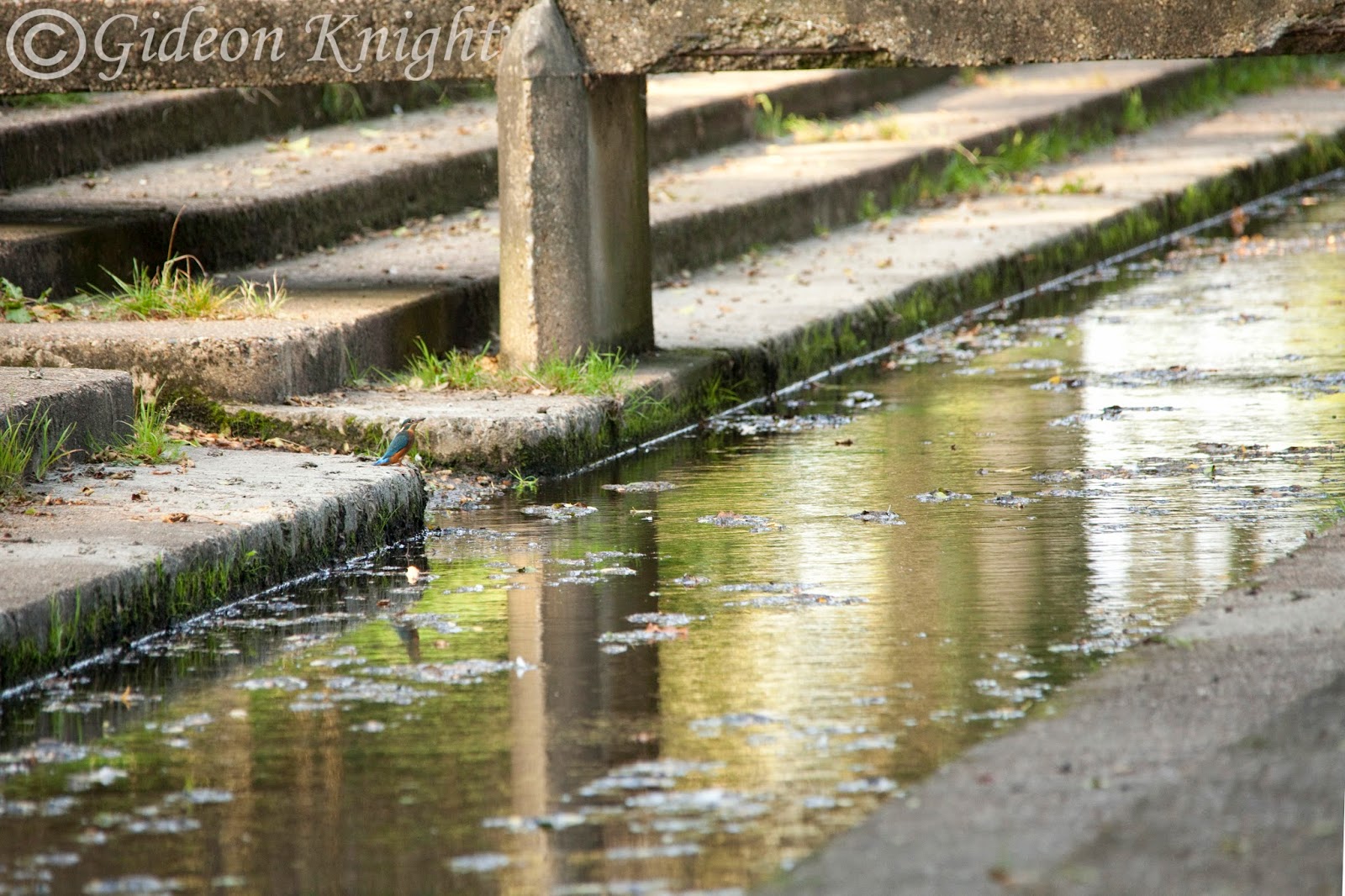