My, it's been a while since my last post! Have you missed me? No? Can't say I'm all that surprised...
Since my last post here in the blogger-sphere I can't say all that much had happened, well, despite a bucketload of dipping. And a big bucket at that.  You see, my annual late winter trip to Ireland wasn't quite the success I had hoped.  It resulted in the dipping of the following; Black Scoter, American Coot, Ring-necked Duck and Laughing Gull... Though some small consolation did come from a stunning drake American Wigeon.
Yesterday morning I headed out for my first proper days birding since returning to England.  I met up with Liam Curson at Newhaven, before heading to the Ouse Estuary to look for the Richard's Pipit he had found a few days earlier.  After fifteen or so minutes scanning the grassy banks in the rain, we were heading to try a slightly different location when another birder found it up on a fencepost.  It gave great scope views here for a couple of minutes before dropping down into the grass. A great bird to start the day with!  We got some more views after it came down into the grass on a distant bank a little later on, and also had four Bearded Tits (Reedlings, whatever) in the reeds around it. 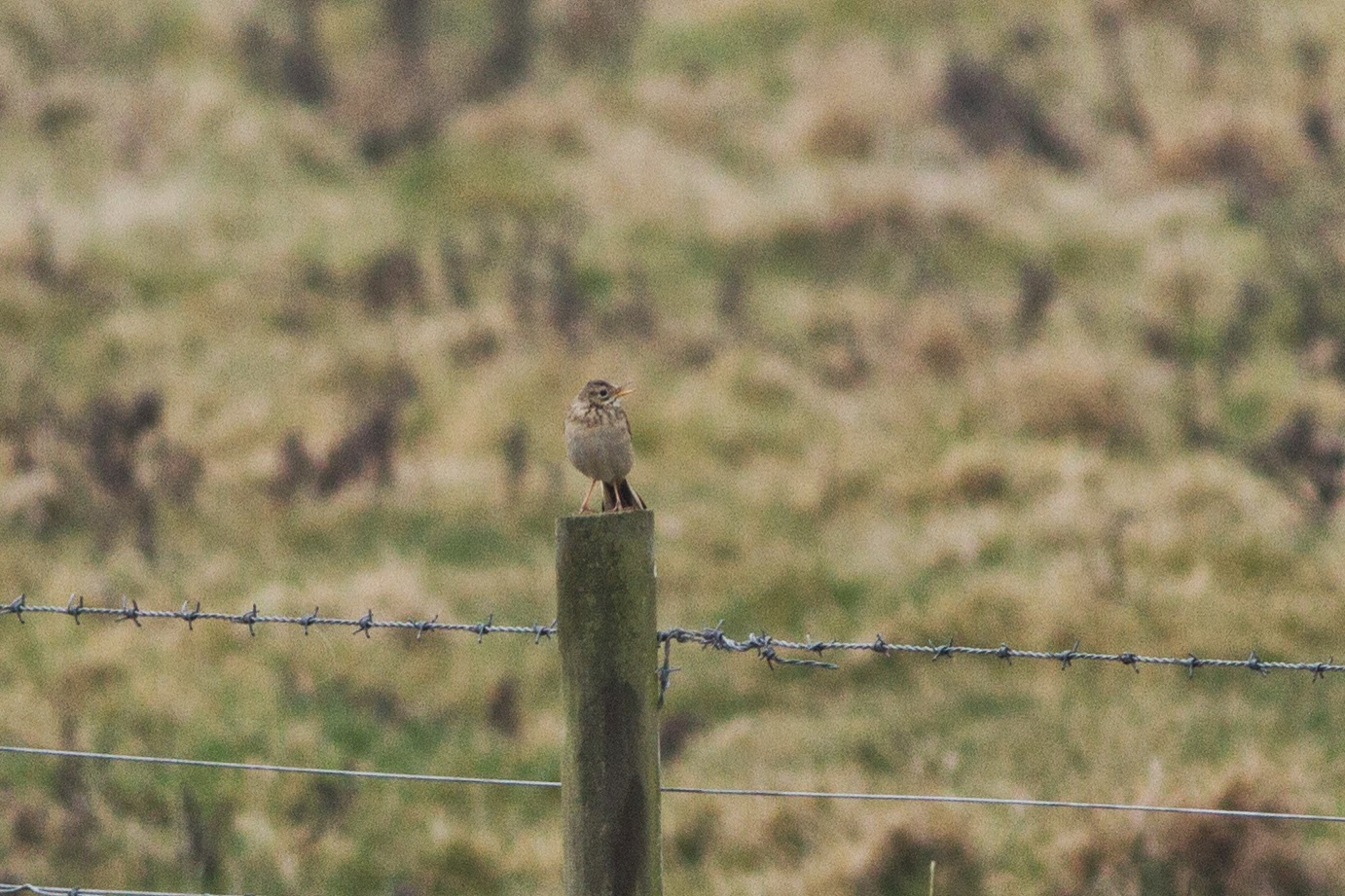 Walking from here to Tide Mills produced a frankly ridiculous number of Snipe, probably somewhere around sixty. Oh and brief flight views of a jack Snipe as well!
Tide Mills was pretty quiet, none of the hoped for Wheatears, but a Firecrest was a nice surprise.
It was then on to Cuckmere, where Liam quickly found an adult Yellow-legged Gull.  A Scandi Rock Pipit, Yellowhammer and Pintail were a couple of other good birds as we headed down the river to look for the Great-grey Shrike which's been in the area for a while. And although it was still in the area having been seen earlier, we couldn't locate it.
A possible Iberian Chiffchaff had been reported just a hundred or so metres away, so we headed up to see what was going on.  There were a few others there who'd had the bird earlier, and had taken some recordings of its song.  We then got to hear it in person as it appeared in a tree and begun singing.  How does one describe this bird? Hmm, I think weird is the best word. Yes, the bird was weird - No offence.  Most of the time it gave a song, slightly reminiscent of a Coal Tit with some little warbles, but yet it also did the standard 'Chiff-chaff', and seemingly the 'wheet' contact call of a Common Chiffchaff.  An aberrant Colybita is the current theory, and I would agree, though I'd be a long, long way out of my depth making an opinion on it.
An interesting end to a superb days birding, with a total seen and heard list of seventy species! 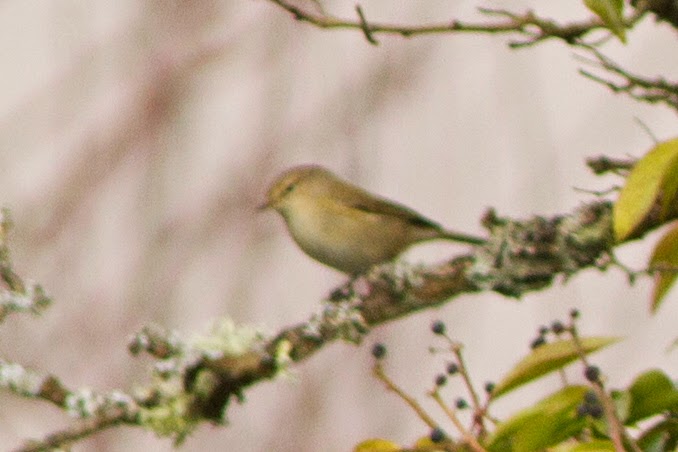