Part two of my trip to Scotland is being temporarily put on hold, because (wait for it)... I have patch news!  I know, hardly believable.
Having returned from Scotland the previous day, I was back on the patch on the 3rd. It was pretty quiet really, not much of note (as is the norm), but there was a singing Chiffchaff to put a bit of spring mood on things, although it was probably an over-winterer.  As I was beginning to head home I caught sight of a large bird flying over, pure white, heavy wingbeats and long extended black legs with yellow feet... In simpler terms, Little Egret!  A patch-lifer, I've been hoping for one of these to fly over the park for years, namely since I missed one which was seen in the canal after the park was reopened having been closed due to storms.
Returning to the patch on Sunday, I took yet again to searching the old Pitch-and-Putt course for any Wheatears which decided Valentines look nicer than Wanstead. So of course it drew blank.  All was not at a loss though, as there came the distinctive call of a Meadow Pipit.  A moment of confusion followed, as I tried in vain to see it fly over with no luck, no wonder, as my father then found it sitting in a small tree! It showed nicely before flying down into the grass.  A second patch lifer in a week!
Later that day, I even managed to find my second Great-crested Grebe for the patch this year! For now, the patch is good(ish). 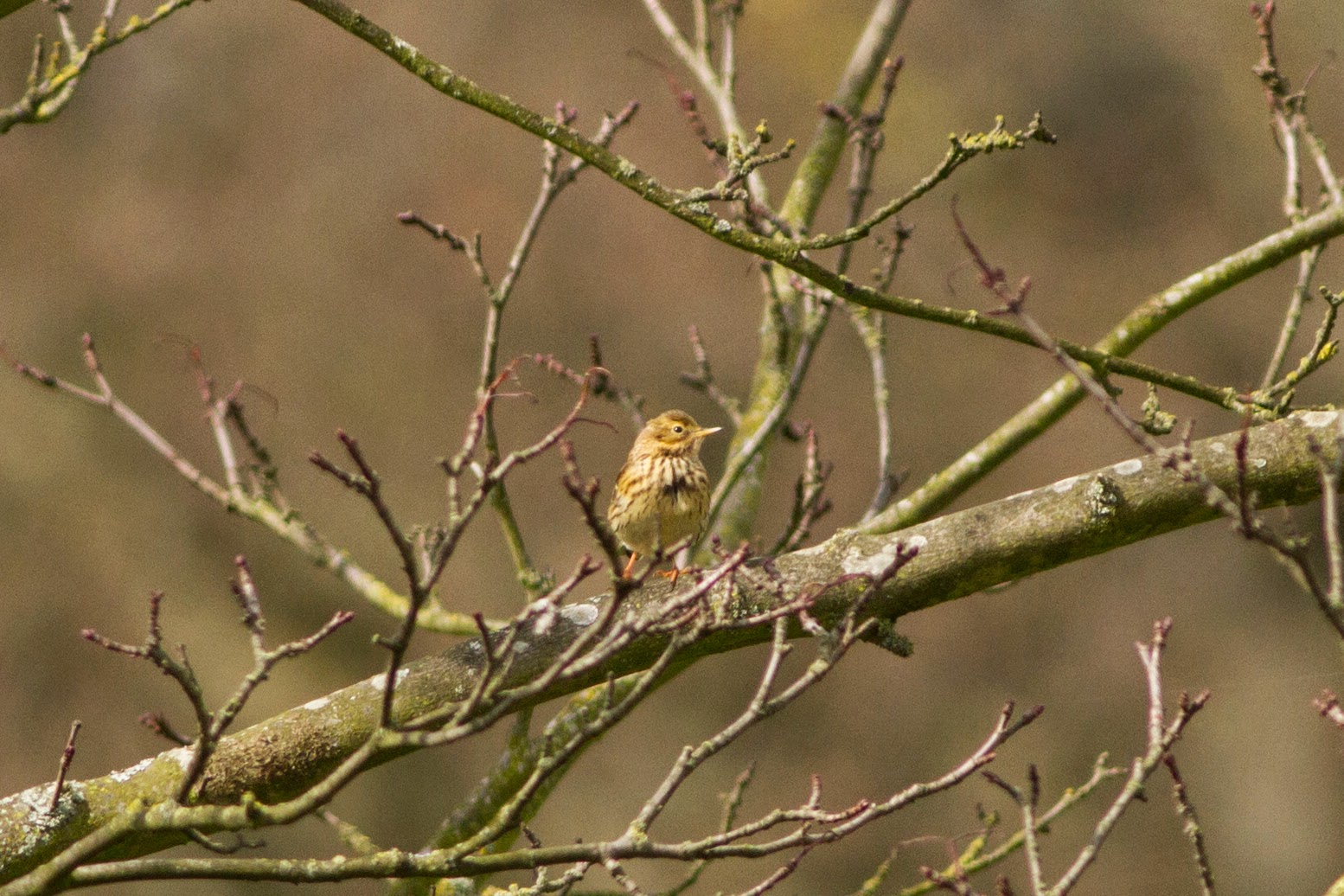