He's arrived. That well travelled local celebrity is here again. Back for his sixteenth (yes, sixteenth) winter, Valentino! Yes, please do go ahead, applause there is justifiable. London's most famous gull has returned.
It's always a worry in early October that maybe this year Valentino won't return. At around eighteen now he's getting on.  How long is it before he retires and spends his winters on a Mediterranean beach rather than a eutrophicated lake with rats in London? Or worse, abandons us for Wanstead.  After making a few excursions to the flats last year that's a growing possibility.
But let's not think about that, for now, let us just rejoice. What a bird! 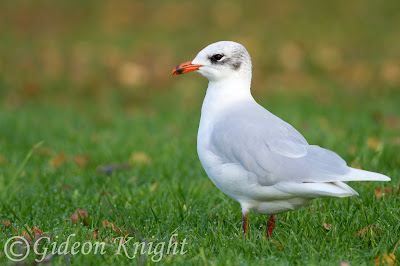