A "tern" in the weather!


I went for a walk around South Thorndon with my Aunt and Uncle.  It started to rain when we arrived, we were soon soaked!  Birding was almost impossible with heavy sheets of rain impeding my vision.  After twenty or so minutes, the rain eased off, and the sun came out!  We were standing by some reeds admiring the Dragonflies and Damselflies, when suddenly we heard a strange noise and looking up we saw two elegant gull like birds, and, as you've probably guessed from the title they were Common Terns!  We watched as they dove and swooped, eventually one caught a fish and they both flew away over the trees.  After a few minutes they were back, and this time after catching another fish one of them landed on top of a ceramic fish before flying off.  As we headed back I noticed a rather large Zebra-Jumping Spider!  I've only ever seen one before and that was half the size of this one. 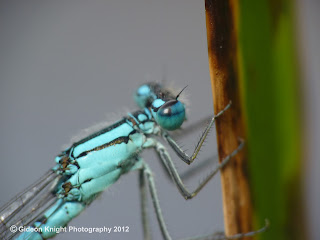 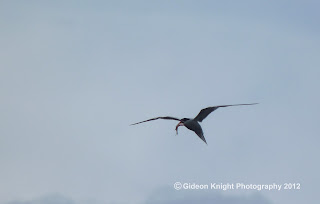 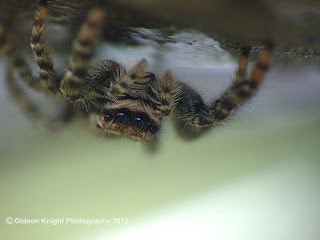