The Sky has been clear a lot recently, but, the perches I set up in my garden have been in shade almost the whole time, and even worse; it decided to be like this when my eldest brother had lent me his Canon EOS 5D II!  A great camera and on the first day I went to Brighton Beach with it, the birds weren't exactly posing, but I tried some different shots. 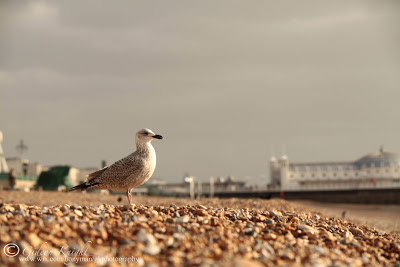 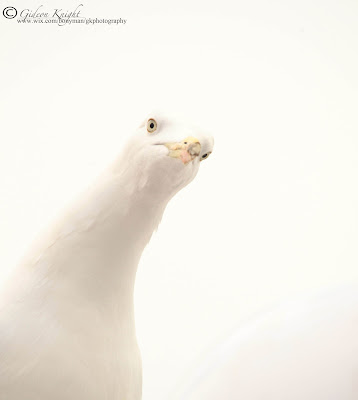 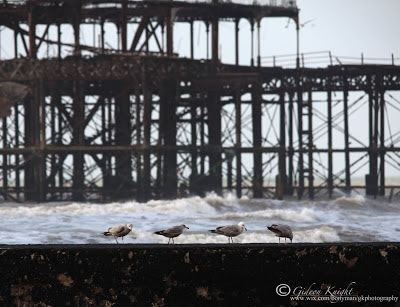 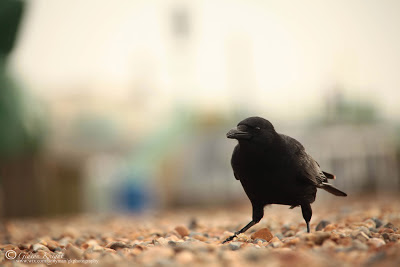 For the shots of the birds on the beach I tried to get low down to throw the fore, and background out of focus.  A technique I also tried last time I was here.  It would be nice if smaller birds, like: Pied Wagtails were on the beach to try this technique, unfortunately I've never seen one here and have heard one once.  On a better note though, I will be in Ireland in 15 days, and there local beach is a haven for waders.  My cousin Caleb has got himself a patch by the beach too!  In an image he sent me I counted 42 Curlew!
Another bird we saw at the beach was a Peregrine over Sussex Heights.  It gave great -but distant- views even perching atop a pole! 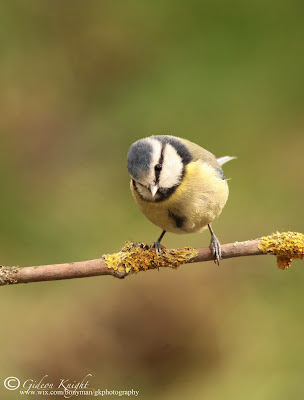 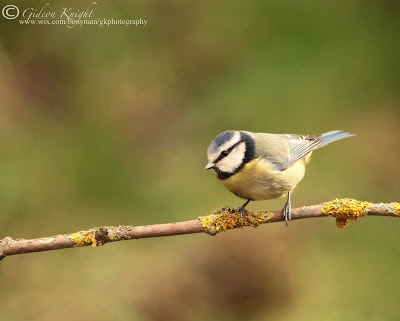