The Best Way to Get Muddy Trousers...

Well maybe not trousers but definitely jeans.  During my brief spell of nasopharyngitis  -okay yes it was just the Common Cold- I found it hard to be out in the garden, or anywhere outside, between 10:00-15:00.  It was just too hot, and if you have had a cold recently you may have noticed that heat makes your head go funny, or is that just me?
Well anyway, we went on three occasions to the patch at around 15:30, so it was a bit cooler, but the park was still jam-packed.  But I wanted to photograph the Cygnets before they got too big.
There are two main lakes in the park, the Boating Lake, and the Fish Lake.  The Fish Lake is the only one you can get down to water level on, so that was where we bee-lined for.  The first time we walked around the lake three times until they showed their cute little heads, but the second and third times they showed quite well.  As I said with the ducklings they aren't easy to photograph, well when you want eye-level shots they're not, and the reason for that, or one reason anyway is that people think it is a good idea to feed young Cygnets white bread...I mean seriously?  I've even seen one-day old ducklings fed bread!  The worse part is they think that they're doing good, when they are blatantly not.
The Cob was a pretty aggressive fellow, chasing everything bigger than a Mallard off, so basically just Canada Geese.  One individual goose got a hard time, constantly being chased onto land, and if I remember correctly last year he stayed by the water's edge for about ten minutes staring at one Goose, I wonder if it's the same one?
I noticed when I got home after these outings that my jeans were caked in mud.  I suppose lying flat on the ground every time you see something interesting on the water might be a contributing factor?  Well it was worth it, Cygnets are a great cure for your nasopharyngitis. 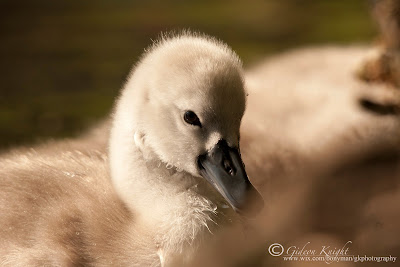 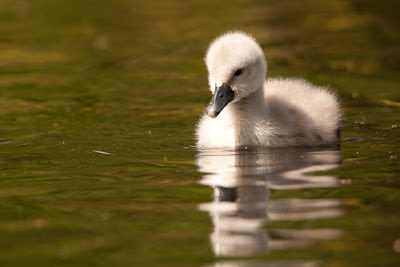 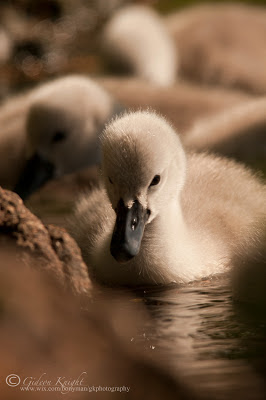 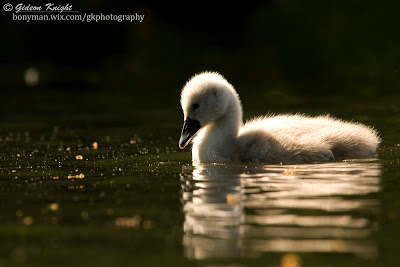 I can't really be bothered to do another forthcoming trip to Ireland post, and I'm sure you aren't interested in reading a whole post of what I'll hopefully be doing.  SO - just a quick overview.
Hopefully I'll get to see Grasshopper Warblers, my cousin knows of a possible breeding location, but hasn't heard them for a while.  I will probably be going to Kenmare Bay a few times, but the highlight is a trip to Skellig island.  Well you get up to 4,000 Puffins, 30,000+ Gannets, Razorbill, Guillemot, Kittiwake, Fulamr, Manx Shearwater and Storm Petrel, I think a couple of spare memory cards might be helpful....Oh, I didn't say when I was going, 7 days!