I must apologise for the lack of posts recently. But to be quite honest there hasn't been all that much to speak about.  With most resident birds molting at this time of year they aren't as showy as usual, and at the best of times they still can't always be called showy.  I have however done my best to at least have a couple of images to post.
Well I'm still in Ireland, and around the land bird life is thin.  So, like many wildlife photographers do at this time of year I have spent a...small while photographing butterflies.   Well perhaps not a small while as such.  They are about the only thing I'm photographing so small doesn't do the amount of time justice.  Although I wouldn't say I've got any good images yet.
The problem I've had most is backgrounds and perches.  But on a rare occasion I have had a bit of luck with where they choose to land.
I've mostly been focusing on Small Copper and Silver-washed Fritillary Butterflies, as I won't get another opportunity with these for a while as the city isn't usually ideal habitat for them!
Anyway I won't post loads of butterfly pictures....yet. 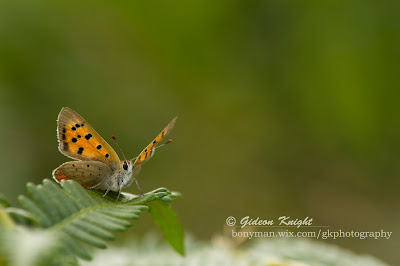 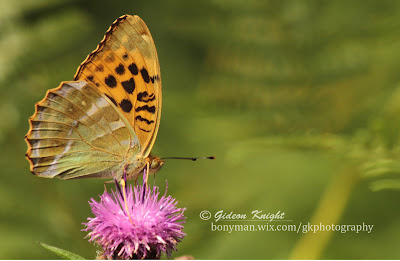 Surprisingly I have managed a few bird photos.  But I think putting emphasis on the few would be a good idea.  Unless you count the day I took several hundred images of Fulmar.  But I will save the details of that for another day. 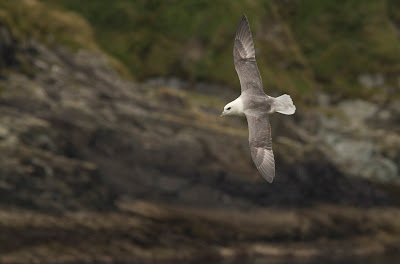 I did also spend a while getting covered in mud stalking Black-tailed Godwits and got within 15 foot of a Stonechat.  But I think that too can wait until I am back in England.

I will however tell that I have managed a few year ticks.  Taking me to 159 for the year, so close to 160.  Tantalisingly close.  But hopefully the 160 tick wont be far off.  My life-list though still stands stead-fast on 170, at least that is a nice round number.  But to reach my end-of-the-year goal I still need another five ticks.  I really need to get the last few fairly common ones I haven't yet got, so hopefully it should be possible.
I will also forewarn you to expect...hmmm......about three more Ireland blogs, or maybe four? -sorry.
Posted by Early Worm at 11:31