The patch yesterday was fantastic.  I managed to see over thirty species without trying too hard to get all the small ticks, I had the first Redwing of the season and a patch tick.  And all that in only an hour and a half, which for my patch isn't bad.  I don't think I've patch-ticked since the 1st of the year, so it's been a long time, though correct me if I'm wrong.
Yesterday we were lucky.  A birder from Norfolk had found a Kingfisher on my patch, a Kingfisher! I had no idea the waterways on the patch were so good.  So thanks to that birder we now have Kingfisher on the patch list, one of the patch highlights of the year!
Although I need to fine tune this shot just a little bit.  So that's this morning planned... 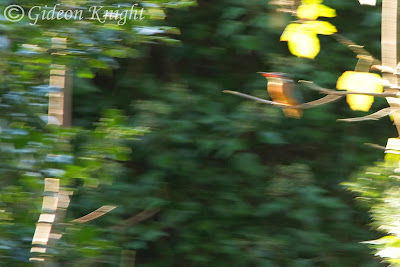