It would appear I've become slightly hooked with seawatching.  This morning I was back down at Splash Point for, by far my best session yet.  Fantastic would indeed be a good way to describe it.

By 7am we'd already had Whimbrel, Razorbill, Guillemot, Common Scoter and a few Swallows, already a decent start, but not really what you would class as fantastic. An Arctic Skua changed that. Although to call it distant would be an understatement.  It wasn't more than ten minutes before we then had a Black-throated Diver pass by.  Two lifers by 8am, not bad.
A few Red-throated Divers, Med Gull, more Whimbrel, Scoter and Swallows came next.  Then came a Bonxie.  Or as I suppose I should say, a Great Skua.  What an impressive black dot.
These were all well and -very- good, but nothing really stunned me quite as much as the Short-Eared Owl coming in off the sea.  Really a beautiful bird, and it certainly caught me by surprise.
Another Bonxie and Arctic Skua went by, but after that it did start to quiet down.  A close in Common Tern, more Med Gull, Red-Breasted Merganser and then we had reached the point when the sea went quiet.  Just as I was leaving though there came another surprise.  Rather an immense surprise.  I only caught a few second view... but Shorelark!  I was slightly bemused when it was called.  Thankfully, it was pointed out to me just before it was out of sight of my eyes -which isn't that far away.  There was no time to sort out optics.
There, I think that lives up to Fantastic... don't you? 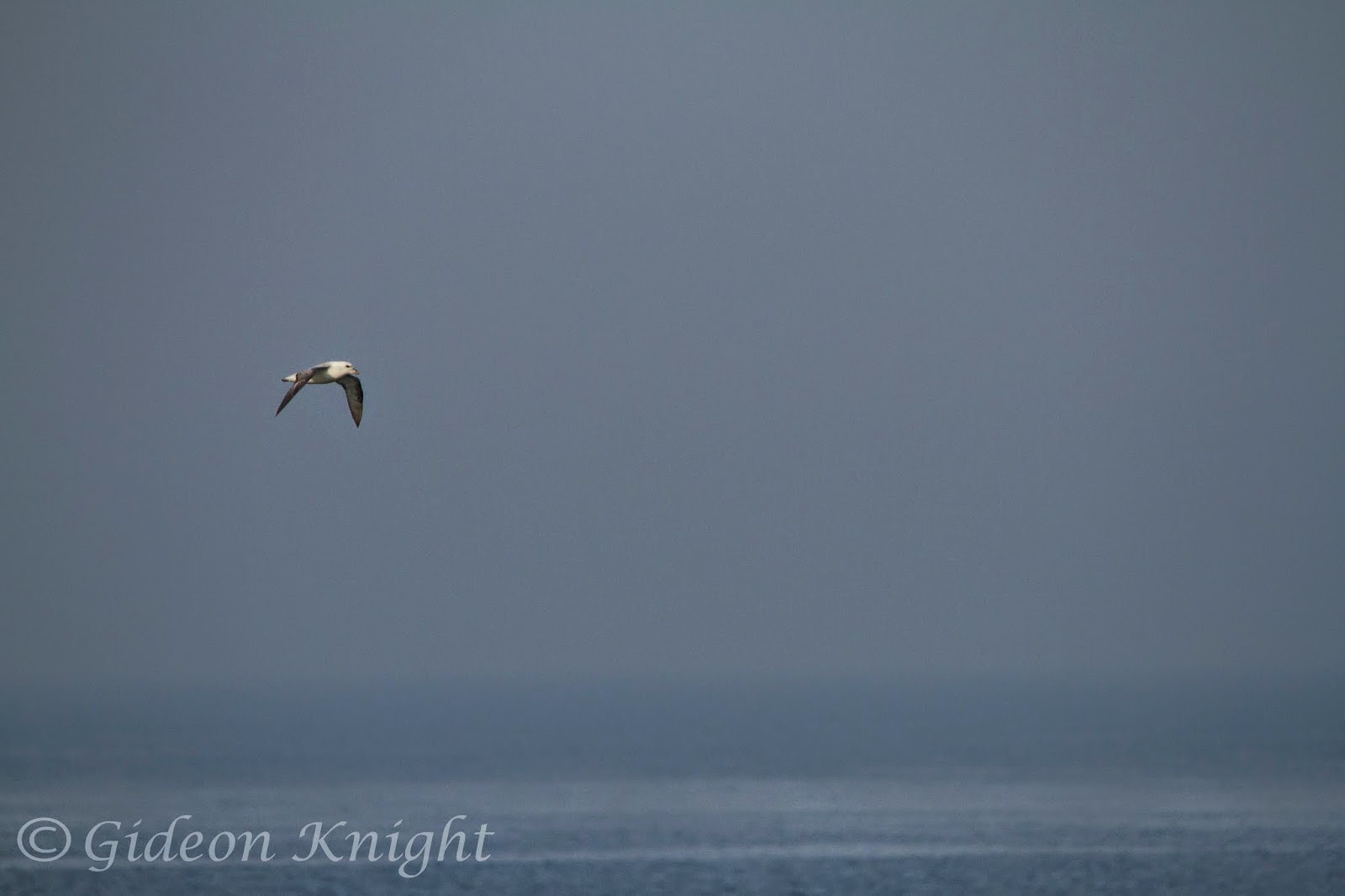