'Sea' What You Get

What, seawatching again?  Ah, yes I know - more tales of distant birds...
Monday morning was productive but also rather quiet.  A steady passage would be a good way to put it. Several Arctic Skuas, one or two Bonxies, a few Red-throated Divers and a dozen or so Whimbrel.
Well, there was also a bit of a Splash Point rarity too.  At about 7:50 (how had I already been here over an hour?) a female duck flew by at pretty close range.  I managed to get it just as it was heading away.  It was slightly confusing at first, but another seconds view, this time with its head in, and...  Mandarin?  Not really the kind of bird you'd expect on a seawatch! A lifer, and if that wasn't enough, it was quite possibly the first record of one past here.
Things went quiet after that, but then picked up again when Black Tern was called.  For me, they were little more than two small darting black dots on the horizon.  Even with those kind of views they were great to see, another lifer and another fantastic bird.  How could you not love seawatching? 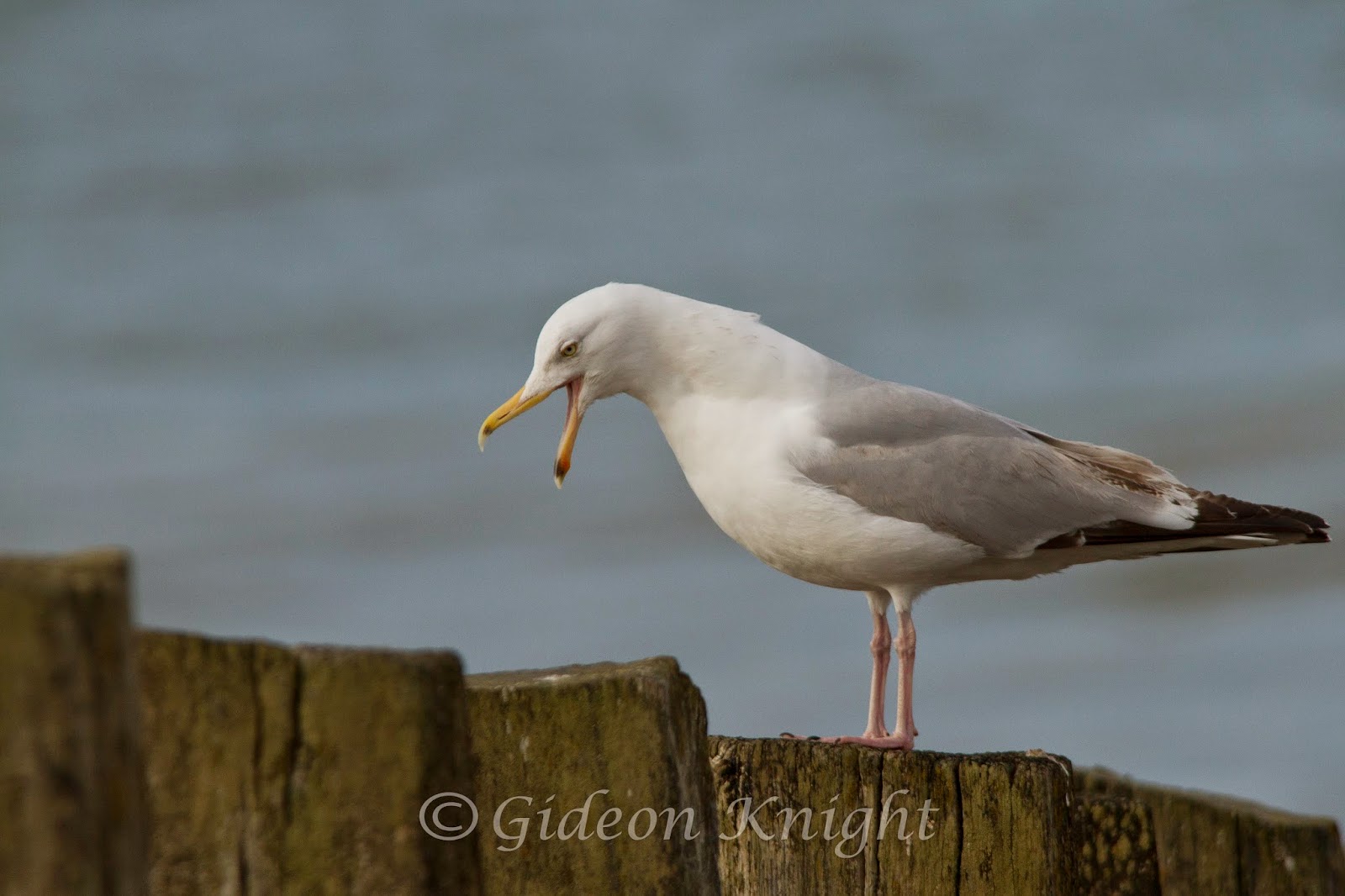