Well certainly not regrettable!
Up at the uncomfortable and undeniably cold time of 05:20 yesterday, saw me heading down to Kent for a days birding around the Dungeness area.  With such an early start, the sun was barely starting to rise as we approached Lydd.  A large white bird hovering along the roadside caught our eye, and revealed itself as we approached as a Barn Owl.... oh, at last!  One of my most long sought after life-ticks, which had avoided me (sometimes by fractions of a second) for about two years of looking!  It veered off over the trees as our car drove past, and unfortunately I couldn't get a look at its face.  A surprise start to the day, and perhaps a good omen?

A few minutes later we were watching a field of around eighty Bewick's Swan, a second lifer before the sun had risen.  A single Whooper was in with the Bewick's and in the low light was fairly tricky to pick out. 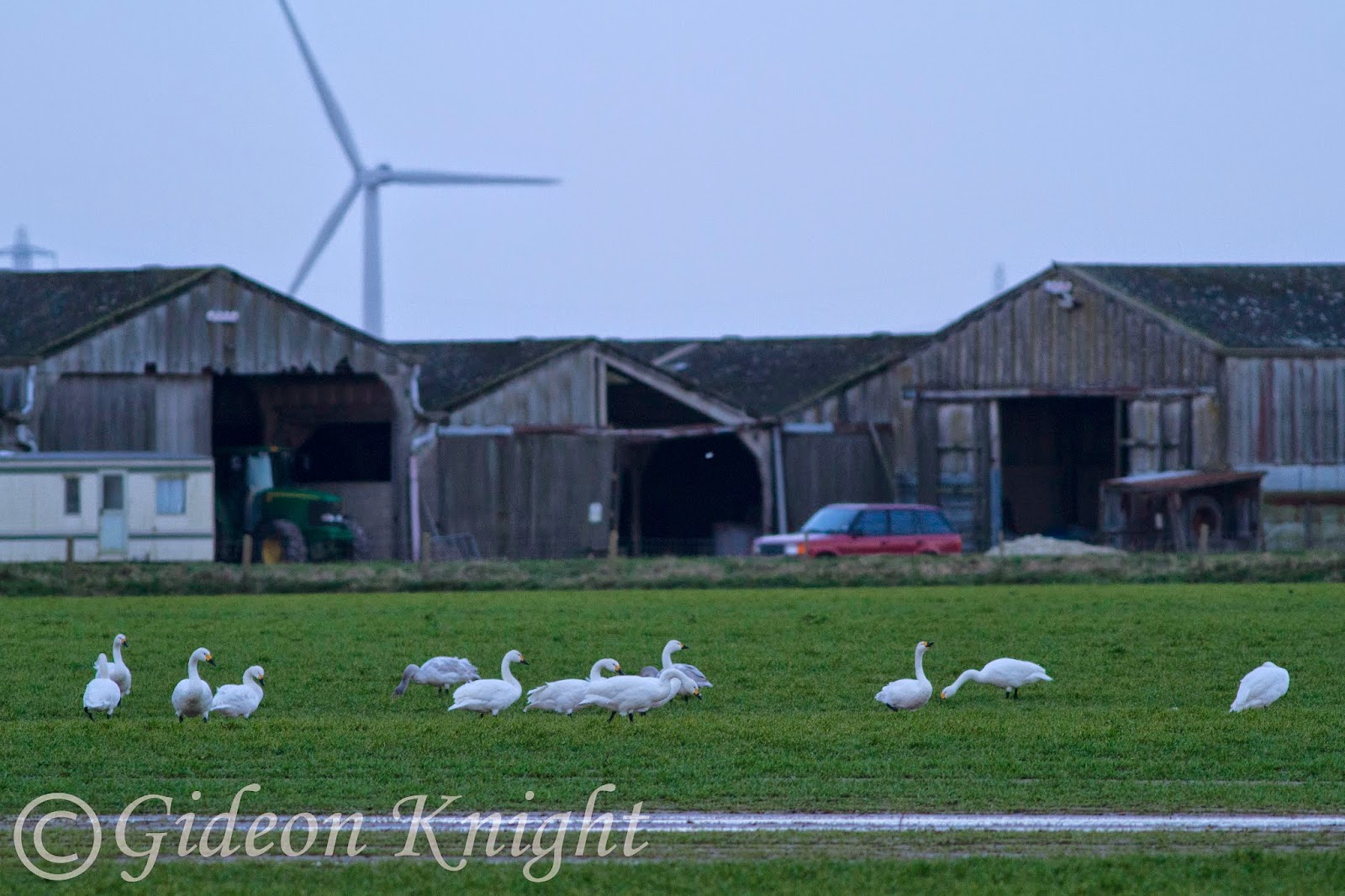 After we'd had our fill of the Swans (metaphorically speaking, of course) we moved on to Scotney Gravel Pits to try, and fail for White-fronted Geese, before heading to look for the recent stars of the show in Kent - Cattle Egret.  Despite there now being a lack of Cattle, we found both of them with relative ease around some farm buildings. Watching from the car, one of the two showed beautifully, sitting still for a few minutes in the sun - which, on a bird this white was rather harsh!  Three lifers before ten, pretty good going wouldn't you say? 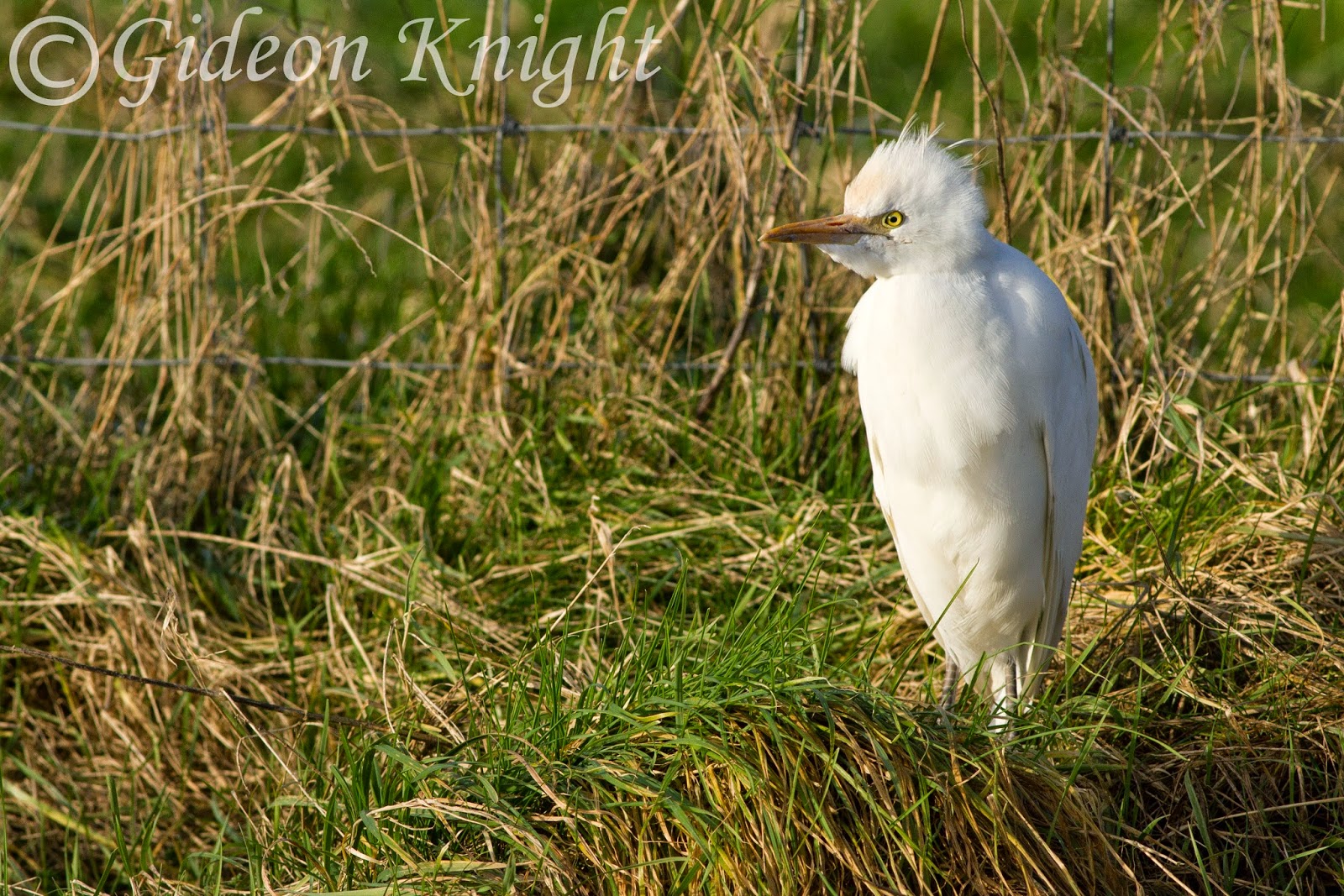 After a while it started to move off along the line of a fence, so a little reluctantly we left for the ARC hide at Dunge. Everything was, as expected, rather distant, but it was still nice to see Bittern, two Great-white Egret, Smew and a couple of Marsh Harriers. When things died down at the hide, we stopped for the Tree Sparrows, and then went to the coast for a spot of seawatching. It was ridiculously breezy on the beach, at one point my scope toppled over... Despite this, we did manage Razorbill, Guillemot, Common Scoter and Red-throated Diver, not too bad a haul.
With time left, we went back for the Cattle Egrets and had more fantastic views.  Perhaps slightly better than earlier, as they fed on insects in the fields and then paused for a while on a hay bale.  Oh for some clouds!  Exposing them correctly was incredibly tricky, but the views were somewhat awesome. 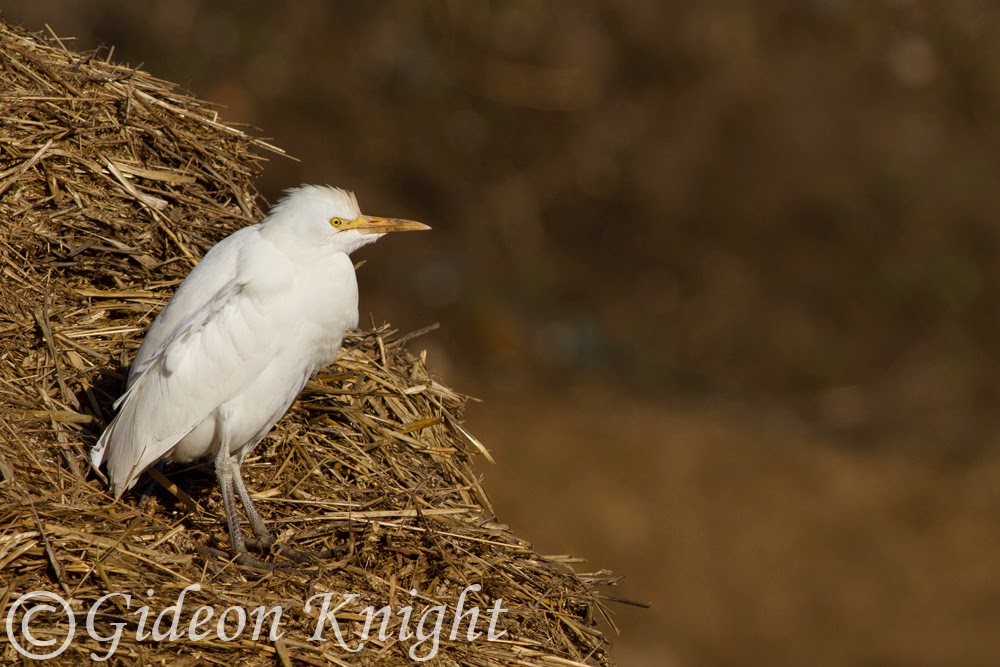 Another stop back at Scotney on the drive home got us Black-necked Grebe, and a load more Tree Sparrow to end a superb day's birding (well, technically it wasn't twitching). Fantastic birds, three lifers and I got my year-list up to 102, a personal best this early in the year.  A long but successful day. 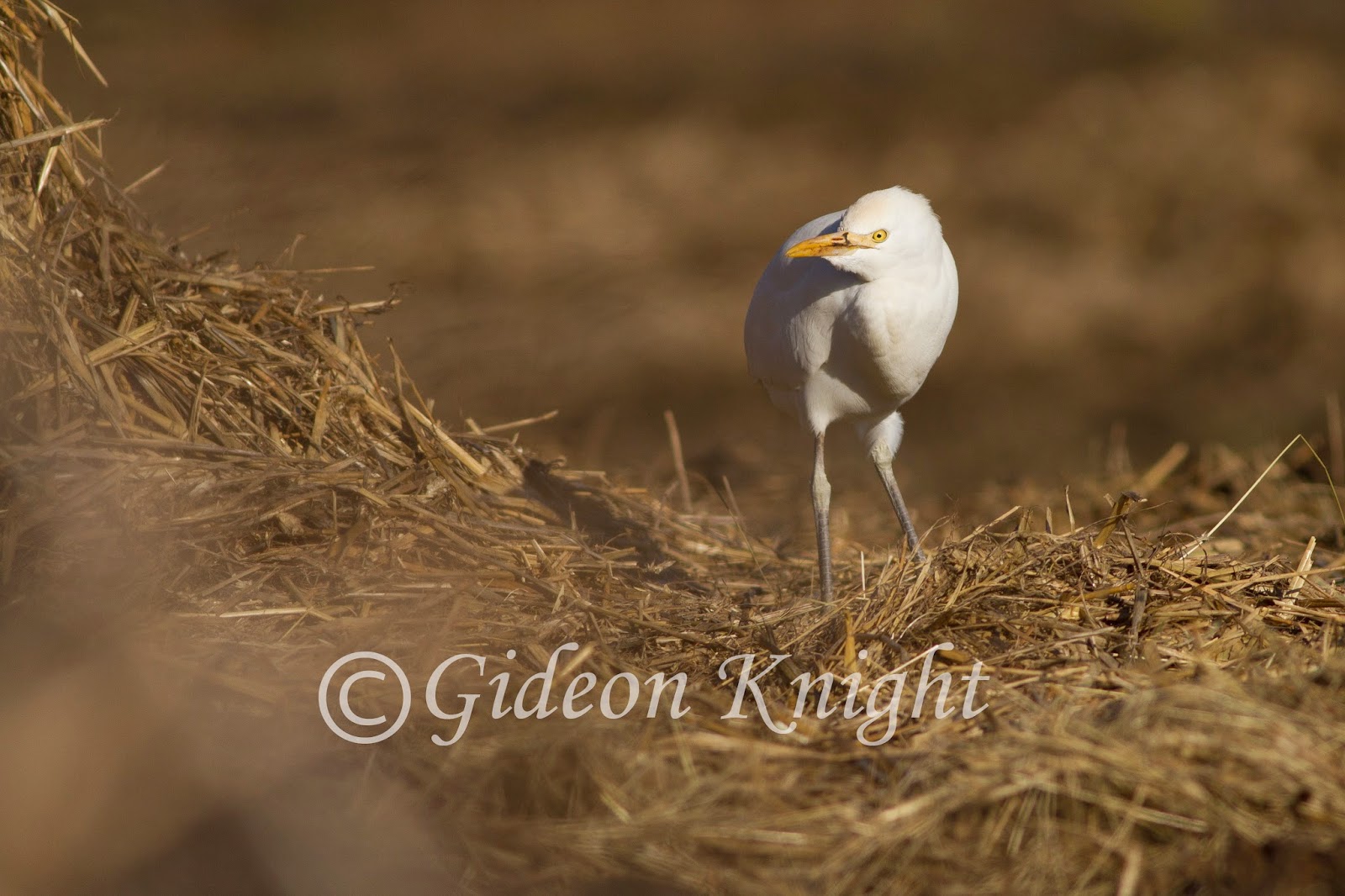