Yesterday on my way down to Brighton my father and I had an enjoyable 30-40 minute walk around Hyde Park/Kensington gardens looking for Red-crested Pochard which are apparently 'tick-able', and if you want to call me a twitcher for doing so read This.  They they are not 'Plastic' a term I have only learnt recently, actually these Pochards are the only reason I've heard of it.  Horribly dull lighting so shutter-speeds of around 1/160 were the most frequently used.  Luckily the birds here are relatively tame, so I didn't risk to much camera shake without a tripod.
The Red-crests are on the other side to where I usually walk when we visit, so it was all relatively new to me.
Most of the Black-headed Gulls were already in there spring plumage reminding me how badly named they are, because they actually have brown heads, the Med Gull would deserve the name better.
I also had an extremely close encounter with a Lesser-black-backed Gull, this species which usually sits far out on lakes when I'm around taking photos came within about 8-9 foot!  Luckily I was lying down by the side of the water so I didn't have to move to get a better angle and let it come to me.  Although it is not quite as big as its cousin the Greater black-backed Gull, it is still a majestic species, especially when seen at close quarters. 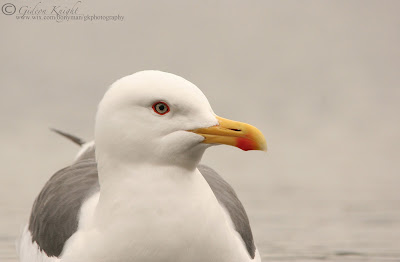 As we walked along I noticed two Black-headed Gulls calling loudly and strutting about, judging the behavior of them I would suggest courtship, and when another bird tried to join in it was driven off. 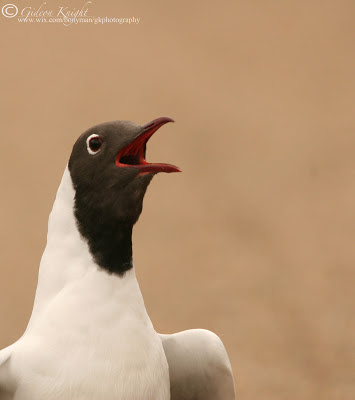 When we reached the Serpentine Island we managed to locate two pairs of Red-Crested Pochards, one of which gave an amazingly close swim-by.  They have incredible colours, and the male has some what of a quiff, hence my nickname for them 'Elvis Ducks', do you see it?  Probably not. 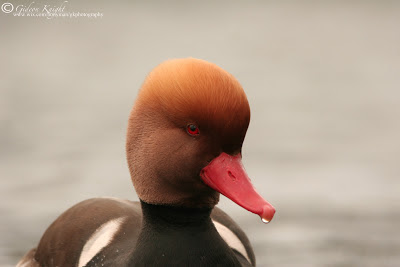 So that was my 150th life-tick, two months and ten days into 2013, that was my goal for the end of the year, I will have to change it to 175.  My year-list has stalled a little, at 116.  But when the migrants start arriving I should quickly get up to the 120-130 region, with all the more common migrants like Chiffchaff, Willow Warbler and a few other warblers, Swifts, hirundines, Wheatear etc...