Having just returned from an eventful week in Ireland, I thought I would get started on the blog-post, as it will take a while.  As fitting it all into one would be just a 'little' too long, I thought I would split it up.  So part one.

I arrived last Thursday, and by the time I got to my Grandma's land I had two year-ticks; Rook and Hooded Crow.
Next day we went to Ross Castle, before we left out however I had a quick look around the land and found a male and female Bullfinch.
In typical Irish fashion it was a dull day, amazingly though no rain!  Walking through the forest we saw Treecreepers and Goldcrests, unfortunately, as you most likely know, both these birds are not likely to be found sitting still, so with high ISO (as usual) and slow shutter-speeds I obviously didn't have much chance of a good photo, I did though put all my effort in, and guess what the results were...terrible.  But more than making up for this, while chasing after a Goldcrest my cousin Caleb showed me a picture he had just taken of a duck out on the loch, I immediately identified it as a drake Scaup and quickly got him to show it to me.  It was frustratingly un-photogenic.  Sleeping almost the whole time, but still a great find and life-tick! 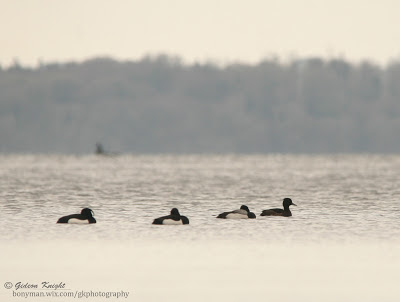 We walked all the way from here to the river where I had seen Dippers last time, the 'Domain' I think?
Walking along we saw Red Deer on the other side of the river, yet again, why does the weather have to be dull?  Too slow a shutter-speed, but I carried on taking photo's nonetheless.  This Stag is my favourite, I positioned the tree here on purpose to give a feeling of the wood in which he stood.  As well as two Stags there were a few Does and Fawns. 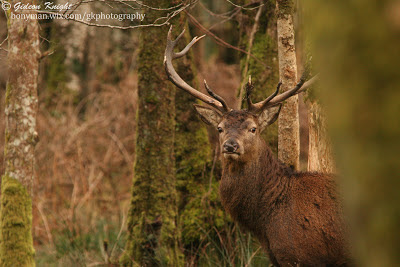 We walked as far down the river as we could without seeing any Dippers, but on the way back I spotted one on a log on the other side of the river, so 30-40 foot away.  It flew off before I could get anything good, or well, as the weather would permit, decent, and went back down the river the way we had come.  Caleb and I were given five minutes to photograph them.  When we arrived there were two Dippers.  Both too far out in the river to photograph well.  Soon one flew off under one of the bridges and out of sight, the other did then come closer, but I had the camera settings set for under the cover of the bank so the images were over-exposed.  When it eventually came into the middle and I had the settings set right its head kept blurring.  When this flew off and landed under the bridge we tried to sneak up and get a close up.  When we got onto the bridge and looked down we couldn't at first see anything.  But then we saw one below us with a beak full of moss! It landed under the bridge and then flew up beneath it to a nest to leave its precious cargo. 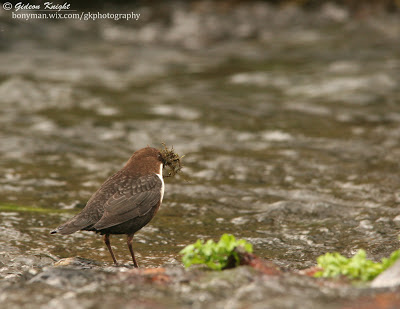 I know that there are a lot of Dipper images circulating at the moment, but mine's not from Thetford so don't complain.

The next day I went with Caleb to Kenmare Pier and his patch for about 5 hours birding.  My aunt and uncle have  shop in Kenmare (Bath and Crafts), they gave us a lift there, and we walked the rest of the way.
Not long after arriving Caleb called me to have a look at something he had found in his scope (my old scope which I gave to him for his 16th birthday), this turned out to be a Red-breasted merganser! Life-tick, and then a Great-northern Diver!  So far three life-ticks in two days.  Other birds at the Pier were: Curlew, Oystercatcher, Curlew, Rock Pipit, a possible Redpoll, Grey Heron and Wigeon.
We then went to his patch and one of the first birds we saw was a Greenshank!  We walked around to get to the highlight of his patch; Robins.  I know we all see Robins at our local parks/patches, but these are slightly different.  When we arrived I stayed back a bit and lay down flat on the ground to get eye-level shots.  Caleb then turned over a couple of rocks and Sand Fleas were jumping everywhere.  In just a short while a Robin landed and started eating, it actually seemed interested in us. And indeed was curious about my shutter, cocking its head to one side and listening. There were occasionally two Robins, usually one would chase out the other, but at one point while I was photographing one the other snuck up to about a foot away!  So close I could see the insects wriggling in its beak. 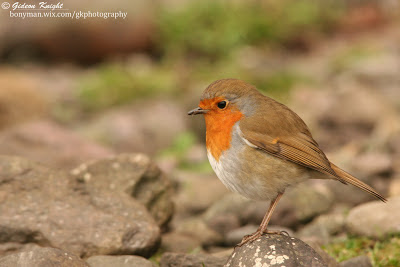 As there did not seem to be much else here, we headed back to Kenmare Pier, as we were passing by the Robin area we saw three Lesser Redpoll feeding in the driftwood.  One of them -clearly a male- had a lovely  reddy hue to his breast as well as his head.
As we were approaching the Pier we noticed a Great-northern Diver near the end.  A quick rush was rewarded with my closest views yet, but still to far off for anything decent in light like this.  It was soon swimming off, and after a long dive popped up a long way off. 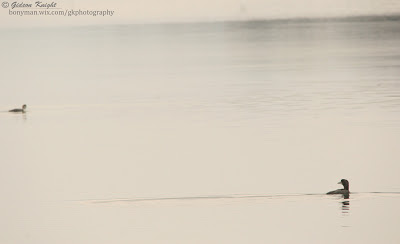 Along the beach were more Redpolls and Rock Pipits, strangely one of which  landed in a tree!
The third day was spent photographing at my grandma's feeders.  The highest numbers I managed to count of each species are this: 6 Coal Tit, 3 Great Tit, 2 Blue Tit, 10+ Chaffinch, 5 Goldfinch, 2 Greenfinch, 2 Siskin, 2 Robins, Blackbird and 3 Dunnocks.  The species I put most effort into photographing was the Coal Tit, as around where I live they are not very common, so to have them as one of the tamest birds on the feeders was an excellent opportunity.  I set up a perch, and because they wouldn't use it as a stop off point between feeders I had to put seed on it.  The birds were very flighty at the shutter, but occasionally I got lucky and a few hours or so out doors got some decent results. 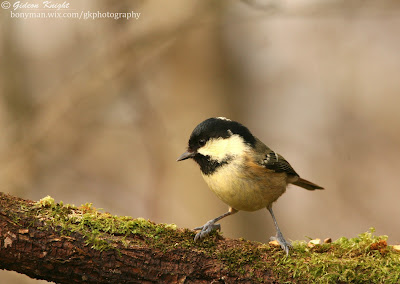 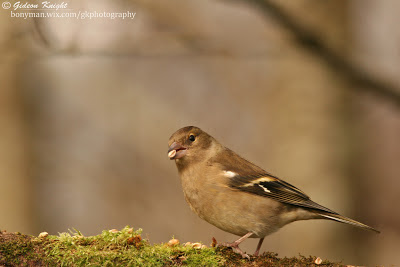 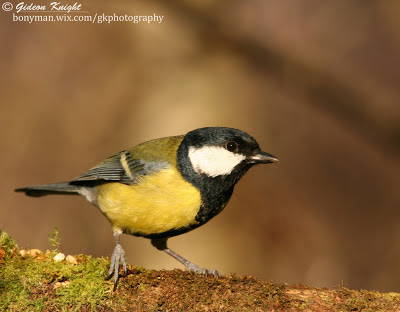 So there is part one of my Ireland trip, and like my last couple of posts it is horribly long, so hopefully you will not be to bored by it.  If you like long-posts then you will love part two, three more trips out and two more lifers!