Another long post I'm afraid, although I now know that some of you enjoy longer posts.  So to all who do this post will hopefully be to your liking.
On the fourth day we went to Cos Strand.  There were 9 of us going and it was a clear, bright day.
Cos Strand as I mentioned in my Forth Coming Trip to Ireland blog-post, is good when it comes to waders.  Of course it is nothing like Norfolk or any of those wader hotspots. but it is the best place I have been for these tricky birds.
The tide was out, and luckily I was wearing wellies, as there was not a wader in sight.  So out over the mud it was, and when I finally got to the waters edge I could see waders.  Before I started my approach I checked what was there; Oystercatcher, Redshank, Ringed Plover and Dunlin.  As I approached the first three obviously took off, despite my best efforts.  Luckily though the Dunlin stayed, but I was still too far out to photograph them.  As I got closer I noticed a couple of Turnstone's, their cryptic camouflage had deceived me.  The Dunlin flew off...but who stayed?  Nope no one; the two Turnstone flew off.  As I was about to walk back to the shore I noticed another Turnstone on the other side of a pool (or at least I don't think it was one of the last two), I quietly approached, keeping low so as not to seem big and - success! It didn't fly off and I had a great time photographing it for about twenty minutes.  One explanation for this could be that it was in moult and so could not fly, so any time that I thought the bird looked a bit concerned about my presence, I would back off a little bit. 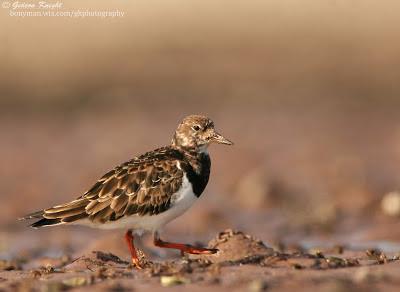 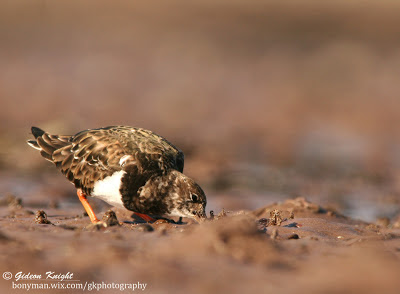 Around the rest of the beach we saw more Dunlin, Ringed Plover, Redshank, Greenshank, a Turnstone, a Little Egret, a Grey Plover sped past.  But no more photographic opportunities.
So back to the others and as we were sitting there one of our number pointed out a large bird flying over, and what do you reckon that was - Buzzard? Red kite?  Nope,a White-tailed Sea Eagle!  And my best views yet!  It just circled over allowing plenty of opportunity for record shots, as the underside of a B.O.P. is never an amazing image. 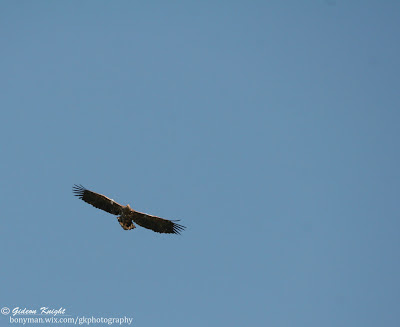 I got slightly sharper images but picked this one as it shows the head of this majestic bird better.  So another great day out and my year-list is now 106.
Next day was the biggest outing though as my aunt Addie kindly drove us to Cromane!  An hours drive away.
When we arrived a quick scan of the beach, and a small flock of Black-tailed Godwits could be distantly seen.
Walking out on the beach as the tide was out we could see Brent Geese and eventually managed to get close to them.  Red-breasted Mergansers were in good numbers, about eleven.  Great-northern Divers, a Shag, Oystercatcher, Curlew, and a life-tick; a flock of Bar-tailed Godwits flew over! 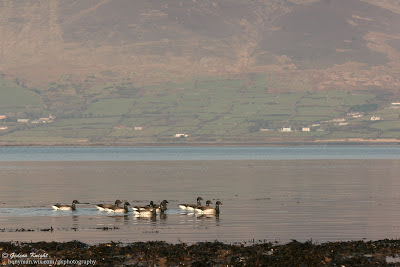 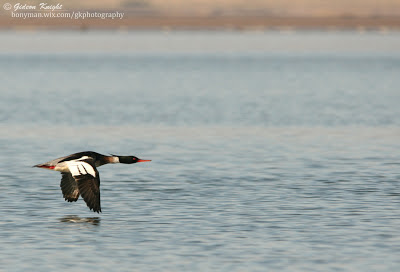 On the way back to the car to try and find the Spoonbill I took a diversion across a field to see what was there, and was rewarded with some Meadow Pipits! 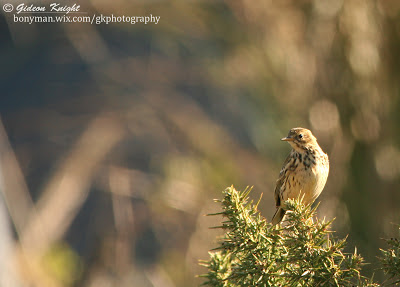 We then drove a bit further on to an inlet where the tide was out so far that a large boat was grounded.  A small lake was the only water left, and there were hundreds of gulls!  Caleb was looking through the scope and thought that he might have had a white-winger, so we walked on a bit and a large white-winged gull took off and flew away before coming back to the water!  The gull was a Kumlien's, and probably the rarest bird I have seen!  Taking my life-list to 147!
A great bird!  It is always a thrill to see a white-winged Gull, and especially as this is only my second species! 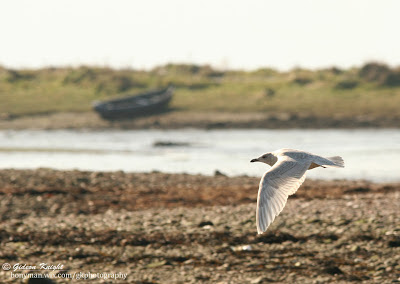 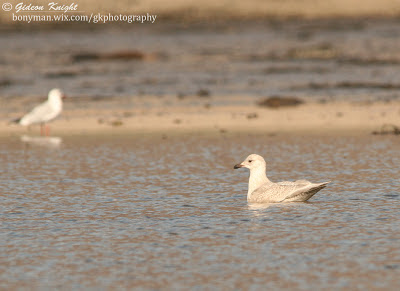 We had a look for the Spoonbill but with no luck.  We accidentally flushed a couple of Snipe as well, so another year-tick taking my year-list to 113.

On Wednesday, my last full day in Ireland, Caleb and I got a lift to Kenmare and walked to the beach again.
The tide was way out again but nothing new to be seen.  Before heading to Caleb's patch I decided to have a quick look for Rock Pipits and Redpoll.  The moment I left the pier and started walking a small bird flew towards me and landed on the beach, a Lesser Redpoll, it showed incredibly!  About 15 foot away completely oblivious to our presence.  When it finally flew away we sneaked up on it once more and this time got within 7 foot!  Unfortunately I didn't manage a photo at this distance.
Another annoying factor about litter is clearly obvious in this image, spoilt or what? 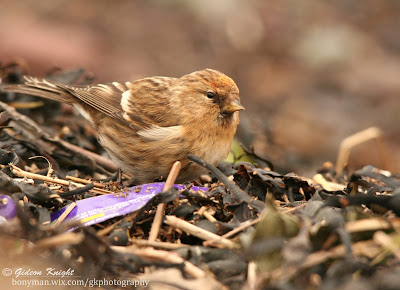 So an extremely fun and successful trip, lots of photos which I wouldn't have been able to get round where I live, 5 life ticks and 24 year-ticks.  Hopefully I will be going back later this year.
Did this live up to your expectations of a long post?  Or should it have been longer?