Despite having done what many would class as a twitch, I still stand by the fact that I am whole-heartedly not a Twitcher.  Let me explain: every 'twitch' -if you must- has not been because of the rarity of the bird but the looks.  Lets take for example the Buff-bellied Pipit, mega-rare, but quite dull in plumage, did I go to see it? No.  Ones I have 'twitched', Waxwing, Spoonbill (dipped twice), Bearded Tits, a small and oddly charming bird, and showing as well as they were, a rare sight, and good for photography.  The only one I can be contradicted on would be the Baillon's Crake, but that could be a once in a life-time opportunity.
Now I do understand 'twitching', but I think that it takes a lot of the enjoyment out of birdwatching.  Say you travel hundreds of miles for some monster-rarity, you don't see it, you go home disappointed.  Don't get me wrong I have nothing against Twitchers, quite the opposite, for they have an incredible knowledge of birds and often help you find things you would have never noticed, say my first White Wagtail, Black-necked Grebe, the list is a long one.
Now the reason this subject came to mind is because on Friday I went to see the Slavonian Grebe at Walthamstow reservoirs.  A twitch?  Well to me a bird of immense charm, the red eye, and quite plain but pleasant black-and-white plumage.  But does that justify it?  It is personal choice.  If you wan't to be a twitcher then so be it but I am not a Twitcher.

Back to the Slavonian Grebe.  We -Iain, father and I- had an enjoyable few hours at Walthamstow reservoirs.  It didn't take long to find the Slavonian Grebe, and with a bit of patience it came close enough for record shots, and was enjoyable to watch, funny having them show better than any Great-crested this year!  And another lifer. 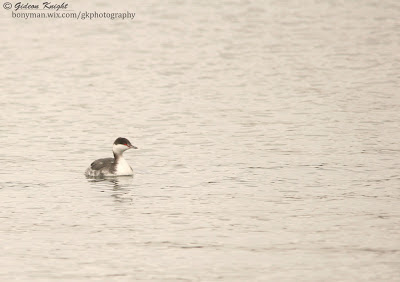 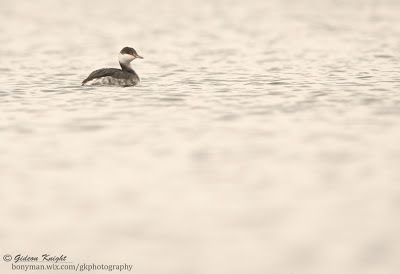 We then moved on to Lockwood reservoir which was a 15 minute walk away.  After walking along the left-hand side for a half-hour we were almost at the end.  On the gravel at the end of the reservoir were some sleeping ducks,  a few of which from a distance I guessed were Pintail, but when I got closer I saw that they were actually Goosander!  Life-tick 2!  Putting my life-list on 149 (one more til the magic 150) and my year-list on 115. 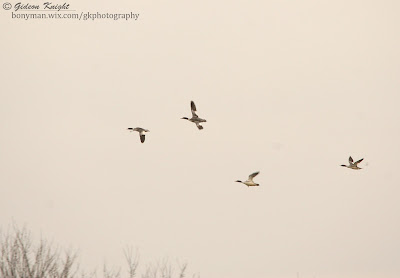 The Goosanders flew off, all except one, who stayed out in the middle.  We walked around the right-hand side, a female Goldeneye, a pair of Great-crested Grebe and a Carrion Crow eating a dead fox, yum!

We then went to the Waterworks Nature reserve to look for Bitterns, yet again none showed, but I did see a Snipe, a fox and heard a Chiffchaff.