I'm sure that here an apology is needed for that somewhat desperate title. But all in good humour, and more than slightly true.  You see the weather was not the kind which one would hope for, especially when you're not wearing a coat.  I was not. Neither did I have the cover for my lens (see here) and this was far from preferable. But in the name of photography I was out there.
Ah,  seem to have forgotten to mention where I was, thus you would be excused for being unaware of the location meant when saying 'there'.  To resolve this I will simply answer, Richmond Park.  My reason for being there like so many at this time of year was for the rut.
I imagine earlier in the morning would certainly be better, but it was a slightly spontaneous trip, decided half-an-hour before we left out. So half an hour had passed since the clocks chimed ten before we arrived. 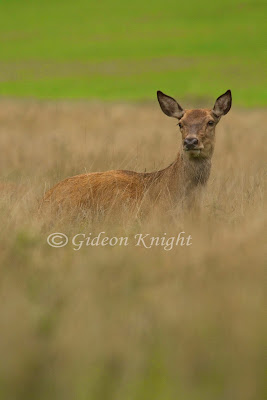 The clouds were already covering the sky by now, and were even then looking ominous.  Twenty minutes later the rain started. The rutting didn't start though.  Well not for the Red Deer, the Fallow's however were at it. By no means do I want to be considered an anti-Fallowist, but they just don't seem as wild as Red Deer to me, sorry my Fallows.
Red Deer, they just seem to have something wild about them.... 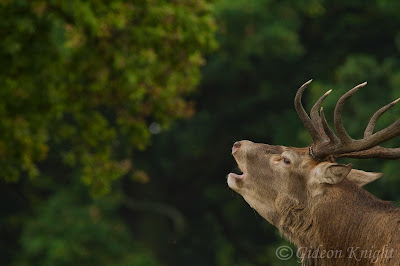 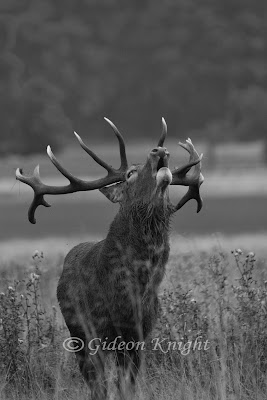 As far as the Red Deer went the closest thing to rutting was some youngsters practicing for the years to come. 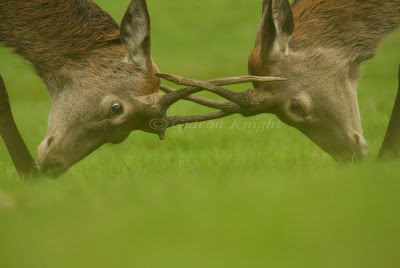 The lighting was far from pleasing, but still I managed my best deer shots, so that at least was pleasing.  Plans for another visit this year are in the making, so hopefully before too long I may have some better images to post.
Posted by Early Worm at 06:21