Yesterday proved that your ears can be just as important as your eyes to a birdwatcher. Although I can ID far less species by ear rather than sight there are times when sight alone aren't enough. Knowing bird calls is in some circumstances a necessity for separating similar species like Willow Warblers from Chiffchaffs and Willow Tit from Marsh.  Without hearing their call, separating these species can be nearly impossible.
I am rather poor of hearing to be quite honest, but using my ears as well as my eyes proved extremely rewarding yesterday afternoon at Lee Valley Fishers Green.  I was just about to head home when I heard a call from a patch of extremely dingy looking reeds.  I wasn't too certain on the call but I had my suspicions, so I hung about a bit longer and the bird called again. I believed from the call it was a Cetti's Warbler, a bird rather embarrassingly I hadn't yet seen.  A few more calls and some tantalising views strengthened my suspicion. The bird then started to give slightly clearer views which showed the rather rounded tail frequently held upright, dark brown on the back and a prominent supercilium. What else but a Cetti's?
My third life-tick of 2014, three by the eleventh day of the month is pretty good in my books.  And my year-list is now up to 76, a number I didn't get until mid-February last year.  So far so good. 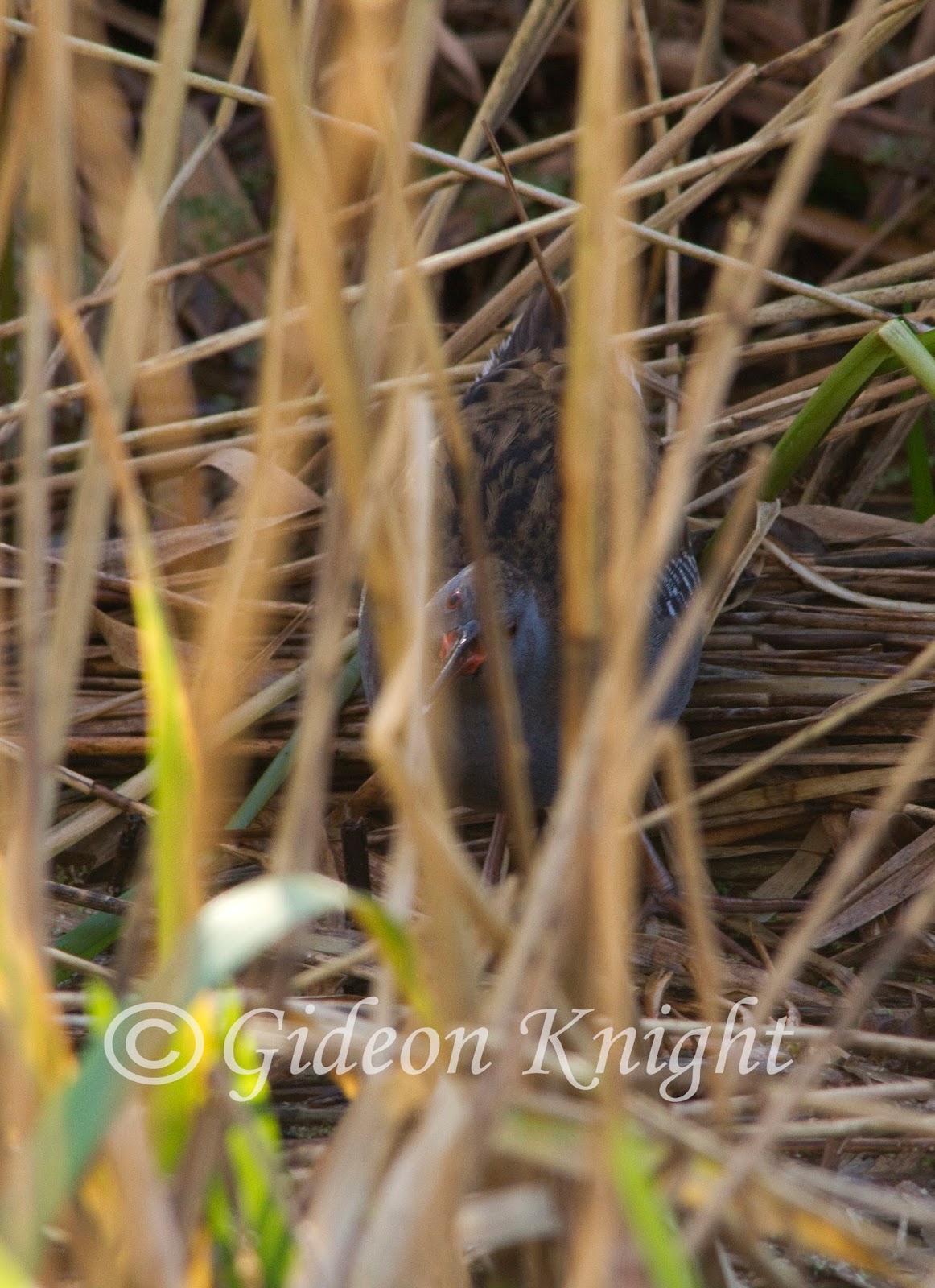 The Cetti's was in a rather un-photogenic location so here's a Water Rail instead, which again didn't show too amazingly but that's reed dwellers for you.
Posted by Early Worm at 11:24