I've now gone to see the Grey Phalarope at Hove Lagoon twice, and both times it's showed stupendously.  Strangely the bird has taken up a temporary residence in a children's outside paddling pool, it makes more sense when you realise it's filled with rain water.  But how long will it stick around?  It's hard to tell, the Phalarope has been there since at least the weekend and although I'm certain it's finding plenty of food I imagine before long it will decide to continue on its migration.  It was probably on its way to the coast of Africa before it was blown off course by one of the many storms that hit our coasts. And so this tiny bird who was born in the Arctic, is now sitting in a paddling pool in Hove... Funny how things work out. 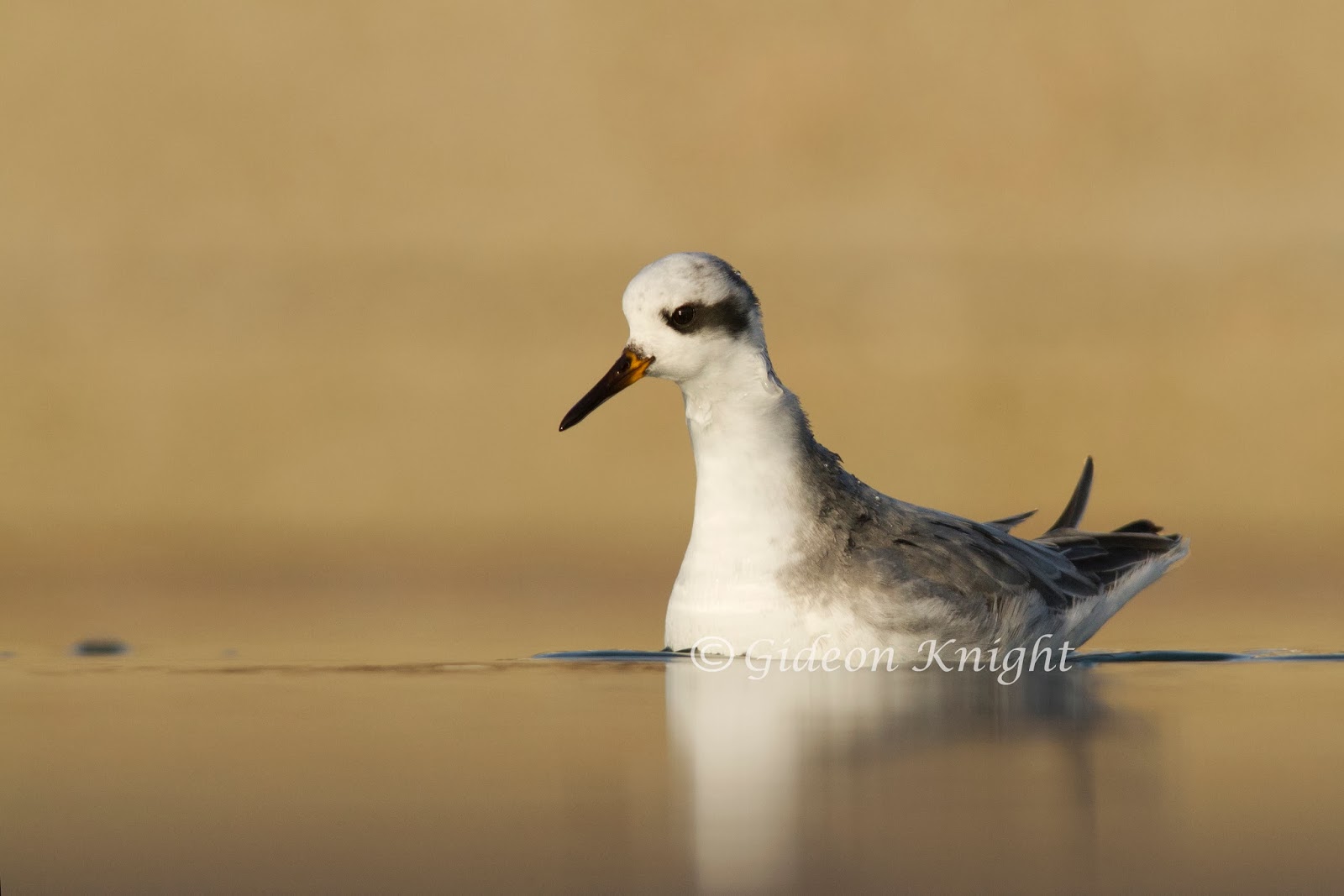 So it was I spent over three hours with the bird yesterday, and by the time I went home I was soaked to the skin from lying on a slightly damp floor, which caused me to catch just a small chill.  Worth it?  Oh yes.  Even after three hours I was still astounded by how well the bird was showing and how little notice it was taking of anyone.  As I mentioned in my last post I believe that it's apparent obliviousness to humans is due to it having seen very few, if any, during the course of its life so far.  Well that's certainly changed with the amount of people who've come to see it.
The second time around there was actually some decent lighting which always helps, so I will admit myself to being perhaps a little trigger happy, but wouldn't you? 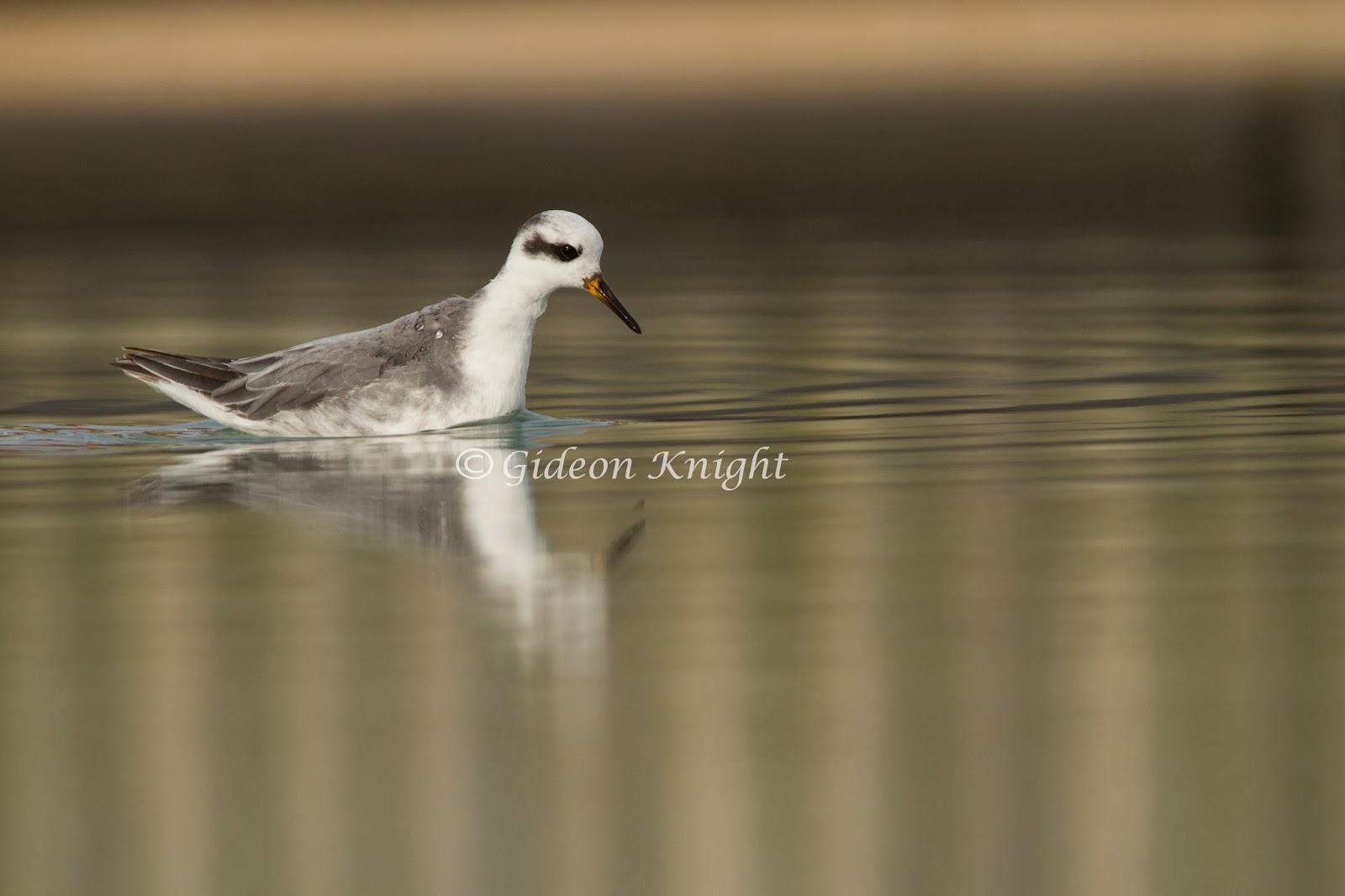 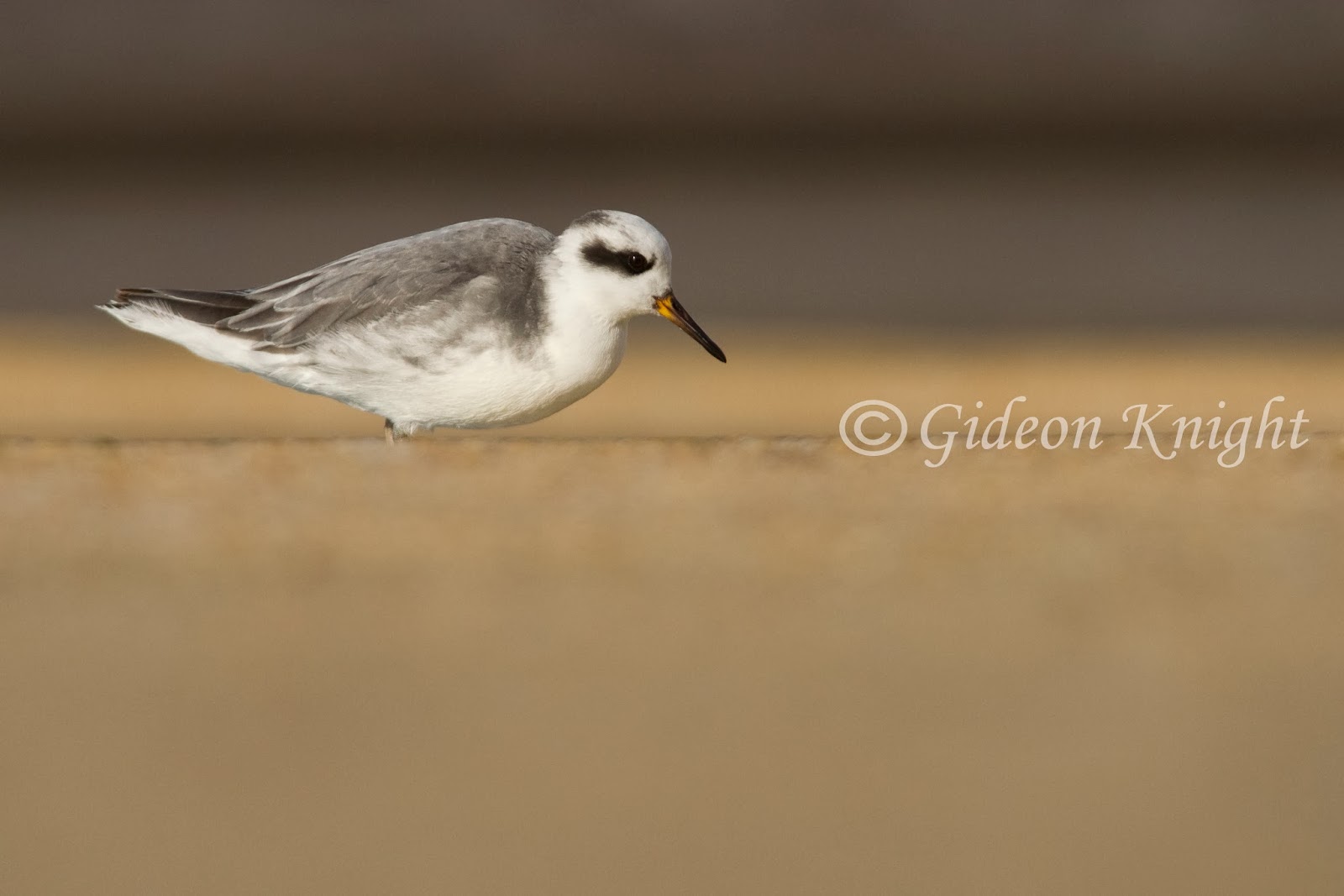 The bird was showing so well it would have been rude not to get out the 18-55mm lens for a couple of wide-angles. I didn't think rare birds were allowed to show quite so well.... 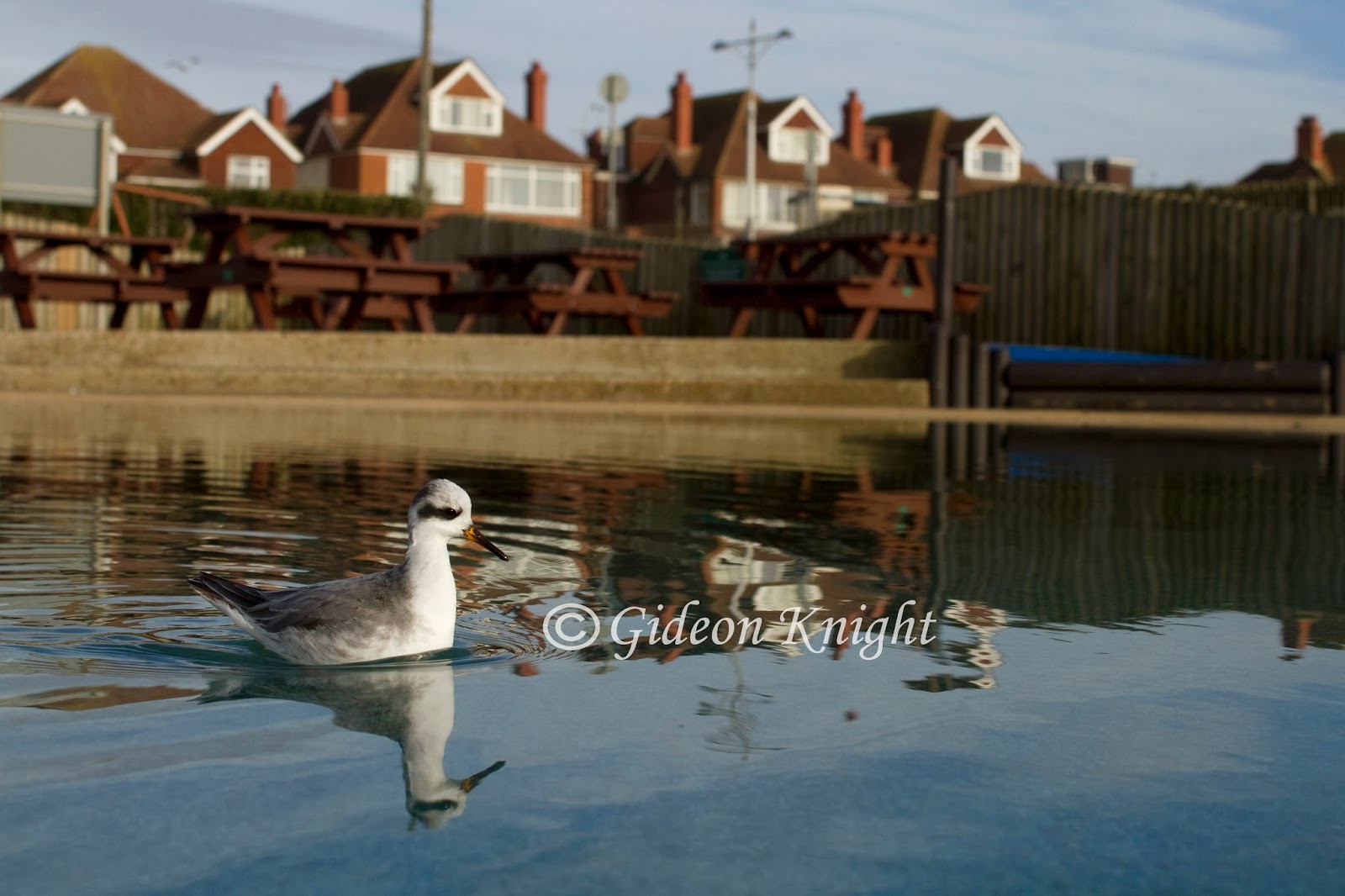 I would say by now that you've seen enough to agree that this is one incredible little bird, it's come all the way from the Arctic to sit in a paddling pool and give superb views to everyone who takes the time to look.
What an incredible start to the year so far, and it's only January.  Can it get much better? 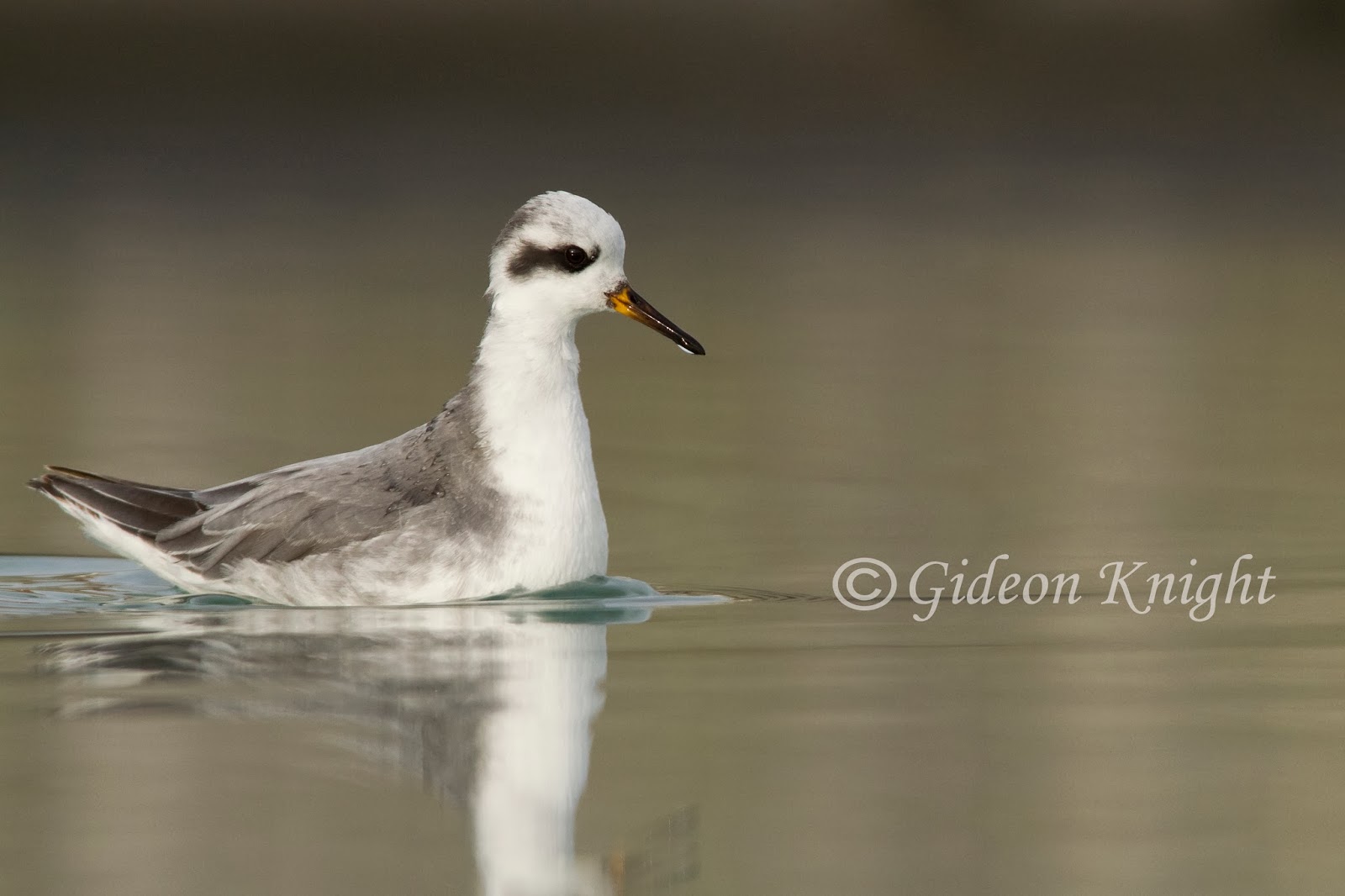