Yesterday morning we took a trip over to Wanstead Flats for a spot of birding, although mostly for Skylarks.  When we arrived the weather was far from agreeable, certainly if you take a photographers point of view.  After about half-an-hour though we were treated to glorious sunshine which stayed for the rest of the day.
The Skylarks were no challenge to find, one bird was even in its song flight.  With the mild weather we've been having it's no surprise.  For the hour or two I was there I stayed in a relatively small area -in comparison the size of the flats - and I would say I had about 6-10 individual Skylarks.  So I imagine there must be well over 50 birds there for Spring.  Considering they're only 7 miles from the centre of London that's not bad.  Unless I'm mistaken this is the closest population of breeding Skylarks to London.
I haven't really had much luck with Skylarks before, well not when it comes to photographing them.  I've seen plenty but photographic opportunities have been scarce.  So I thought it would be a good idea to try and get a few shots as the sun was shining and there were a few about.  I just wished the sun had been out long enough to dry the ground.  Crawling through wet grass is not the most enjoyable thing to do. But I managed to get within about fifteen foot of a pair of Skylarks which was close enough for some shots.
Good light with a subject which you haven't photographed before at a reasonable distance.  What more could you ask of a morning's photography? 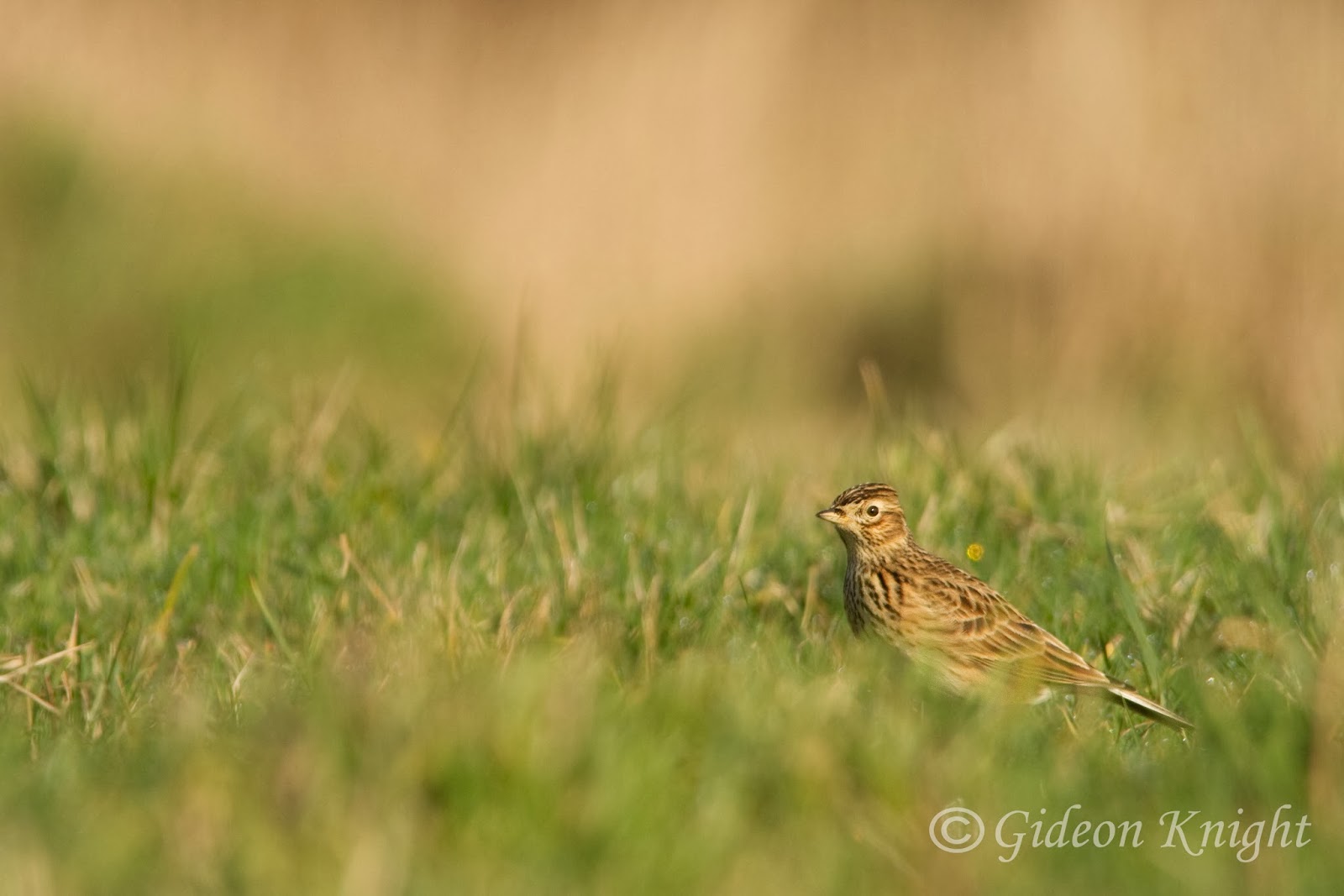 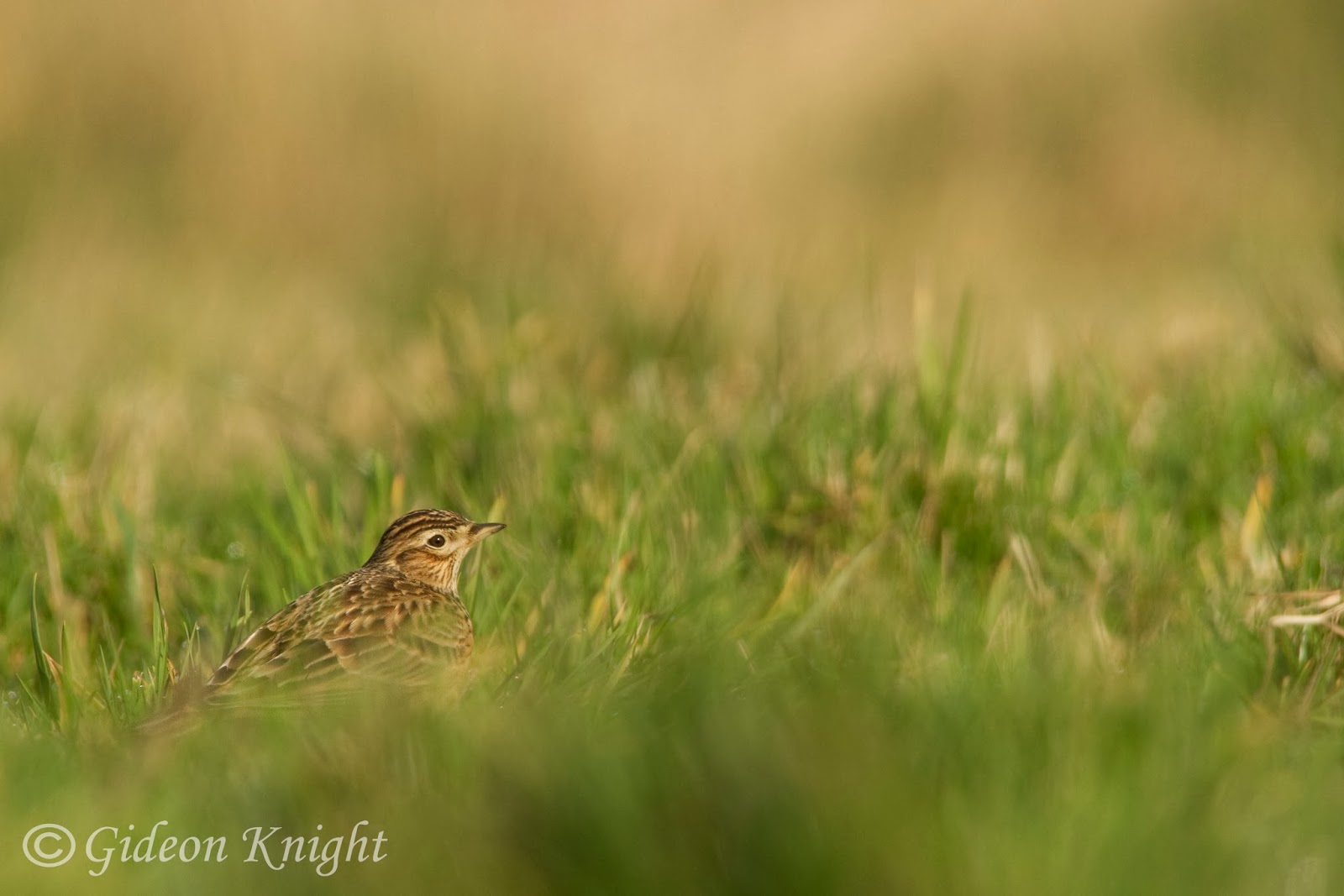 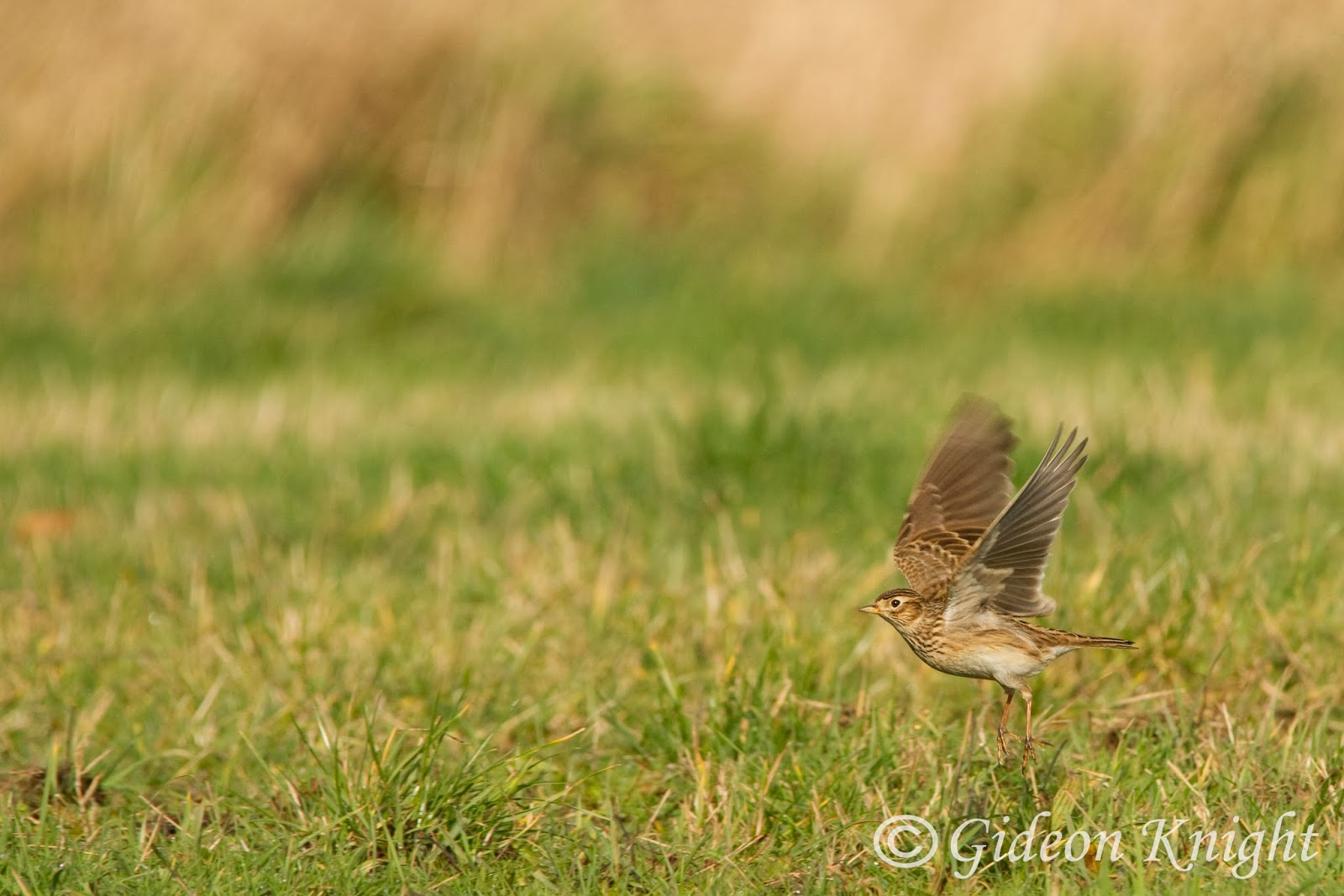