Today was my last chance to visit the patch for a few weeks as I'll be in Ireland for most of February. How could I have gone without saying goodbye? Luckily we got a break from the near constant showers of rain, and believe it or not we had some sun.  Not the wished for pure blue sky, but I made the most of what little sun we did get.
There wasn't that much to see unfortunately, the only thing of note was Valentino the Med Gull. He didn't come all that close, however I noticed that he is beginning to get more black on his head.  It's still quite patchy, but it's more filled in than it has been.  However I doubt that I'll get to see him in full summer dress as he is usually gone by March.  It could be enough time though, we'll see. 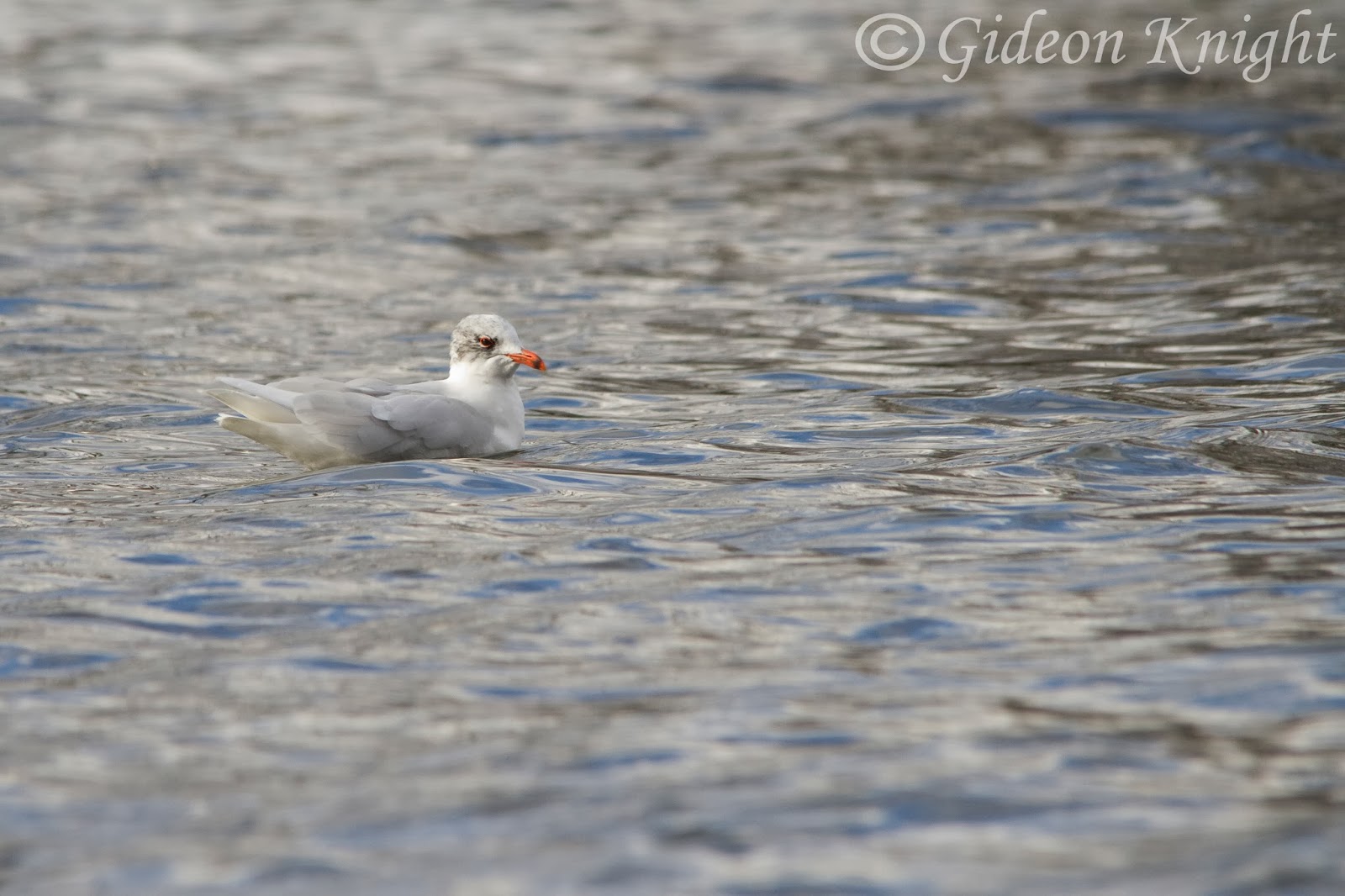 The numbers of gulls on the lake seemed much lower than they have been recently, and there has been no sign of any Redwing or Shoveler recently.  It seems the winter birds are beginning to move on.  What will be left when I get back I don't know.  There were some daffodils coming up around some of the paths too, spring seems to be coming early this year.
Posted by Early Worm at 08:08