It had been almost three weeks since I'd last seen the Kingfisher on the patch.  So as I'm sure you understand I was beginning to doubt that it was still here.  Although with the amount of locations around the park people have told me they'd seen it.... It was hard to be sure.  I kept up a visual anyway and tried all the locations I could but to no avail.
So Sunday morning when I walked into the park and the third bird I saw was the Kingfisher, well, I was -I believe the phrase would be- over the moon.  It only showed briefly, but after its long absence, even a few second's view was appreciated.   I just wish I could find out where it frequents.  If it does frequent a particular area that is.  At the moment is seems rather spontaneous.
To continue on from the Kingfisher, it was a successful patch visit.  We managed about 32 species and it looked as if a new record could be in sight, maybe 38?  But then we got the Grey Wagtails.  I suppose you could say I got a bit carried away.  The Wagtail showed amazingly, some of the best views I've had yet.  It may even have come too close for the camera.  At least that's my excuse for the out-of-focus shots.  Or perhaps that's just because they're such erratic birds? Before it came so close though, it sat preening for quite a while.  I've noticed them preening a lot recently, perhaps they are beginning to moult into their spring plumage? Again this could be due to our mild -if a little wet- weather this winter.  I haven't photographed them in their summer finery before, so I for one am looking forward to when they do change.  Whether or not that's the reason for this increase in preening I don't know.   Time will tell. 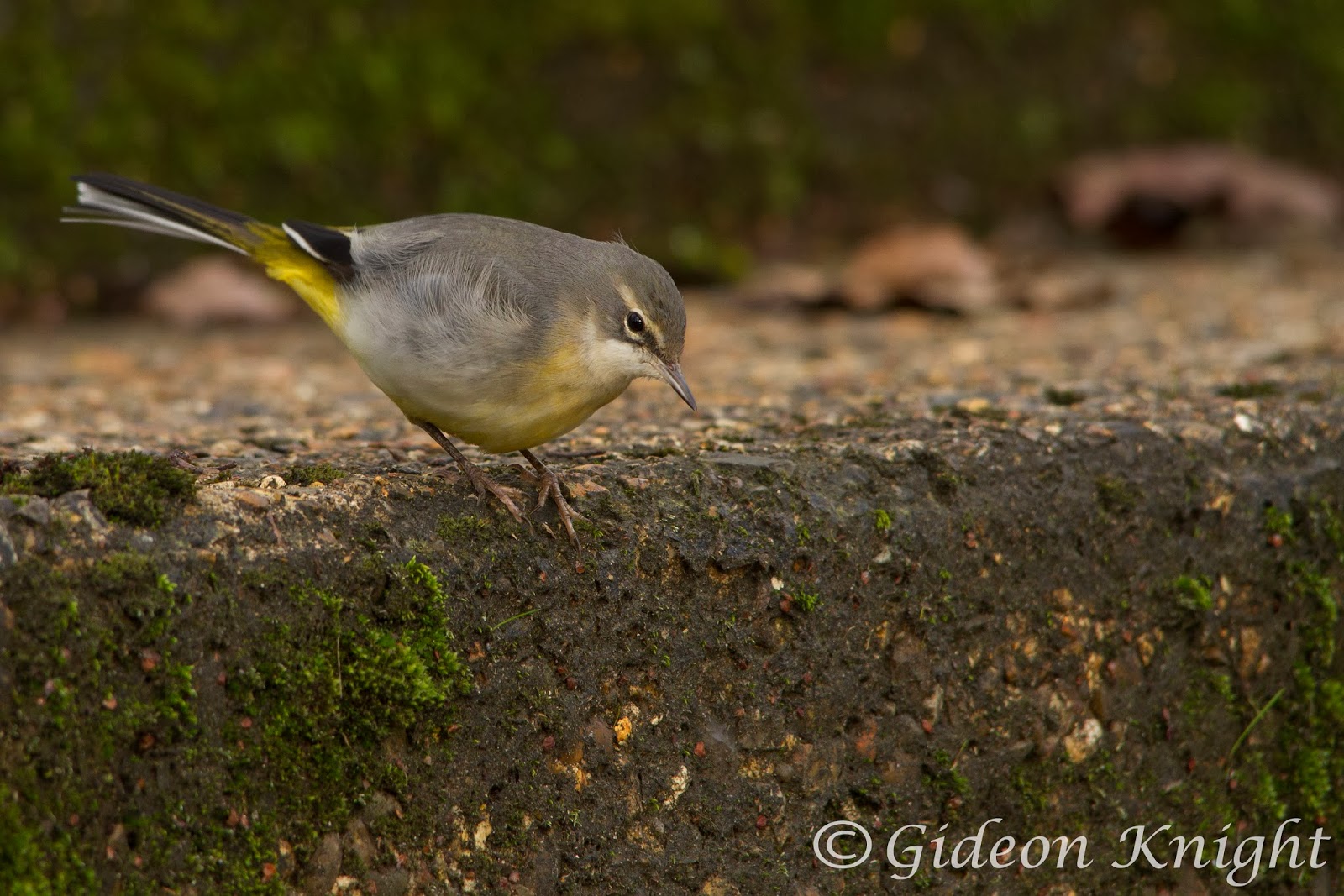