Today started early, at the ungodly hour of 6:15.  It shouldn't have been too hard to be up by that time, but with the neighbours playing karaoke until the early hours of the morning.....
The plan was to head down to Newhaven Harbour with Caleb, to look for Black Redstarts and Purple Sandpipers.  The early start had us on location before 8am.  It wasn't even fully light yet.  Not the way most people would spend a Sunday morning, far from it.
To start the morning off we had a look for the Black Redstarts near the industrial estate, a surprisingly fitting location.  However that drew a blank, there were just a few Meadow and Rock Pipits around.  The Pipits showed well enough though, and with a spot of sunlight.... How could I resist taking a few shots? 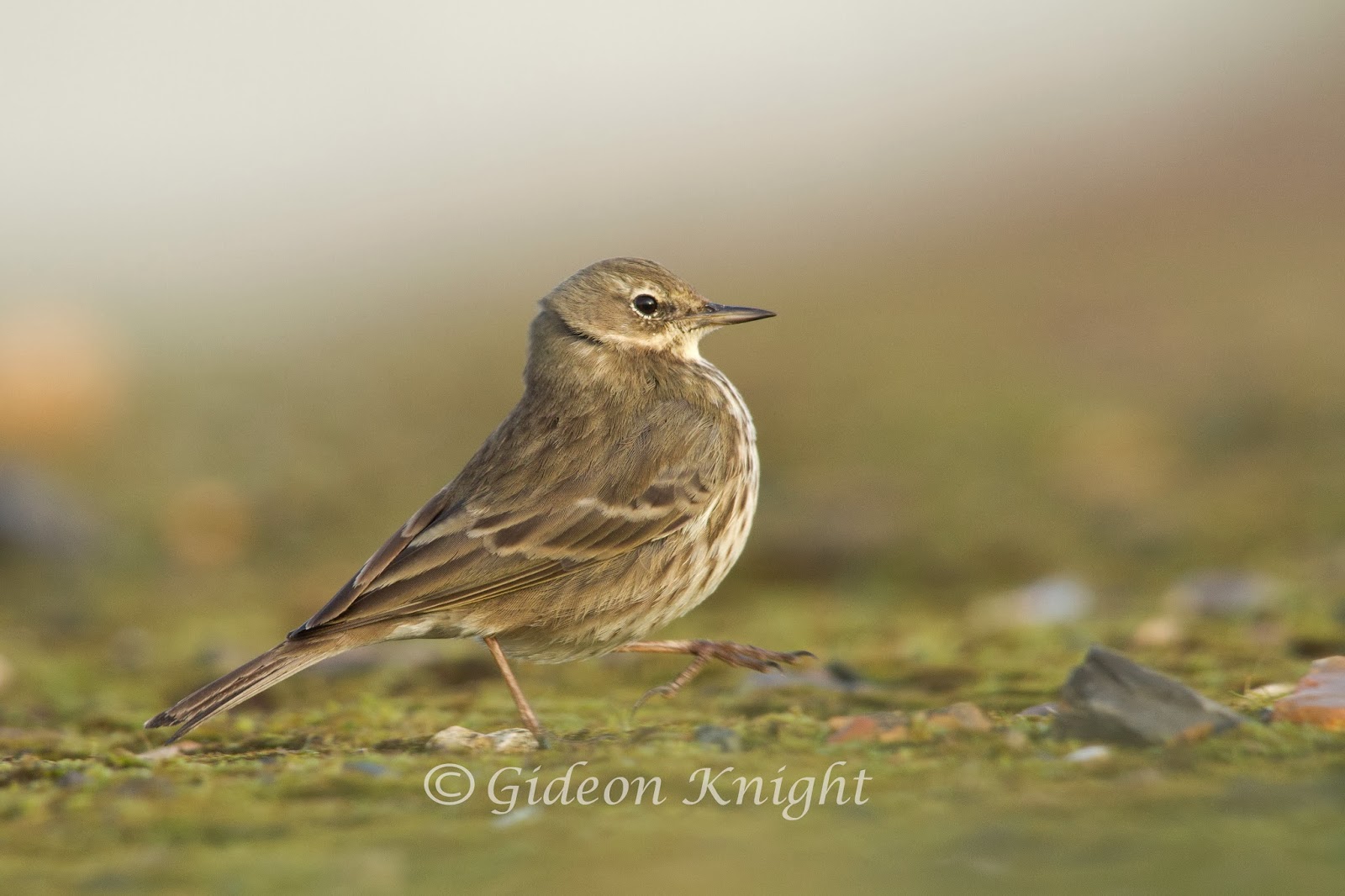 We had a walk around but there wasn't too much to see, some Brent Geese and Skylark.  So we headed back to have another look around the Industrial Estate and soon caught up with a fantastic male Black Redstart. There are supposedly four Black reds in the area, an adult male and three young/female birds.  We only managed to see the male and it wasn't the most approachable bird, but you just can't fault a Black Redstart. 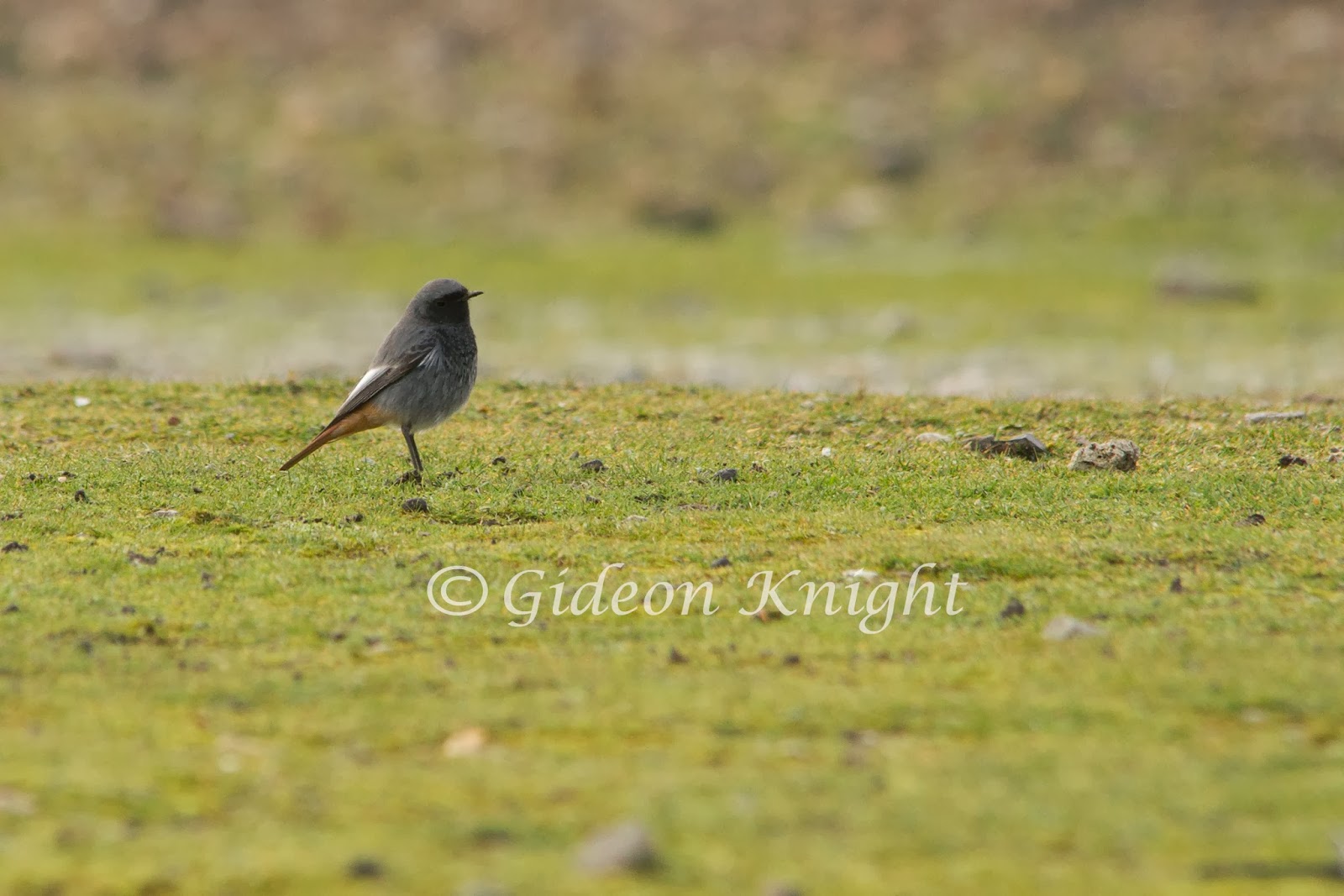 After getting the Black Redstart we moved on to the pier to have a look for the Purple Sandpipers.  It didn't take long to find them, and when we did they showed unbelievably.  Down to five or six foot at times.  Typically the light was terrible, it was a fantastic experience though.  They didn't really seem bothered by us photographing them.  I just wish I could have photographed them properly.  They seemed to never stop moving, and in the low light it was certainly a challenge to get anything.   Out of the several hundred shots I took, very few at all were keepable.   Even so, it was a great day out.  I got my year-list up another three which puts it on eighty six.  And it's always nice when you have a good subject to photograph... 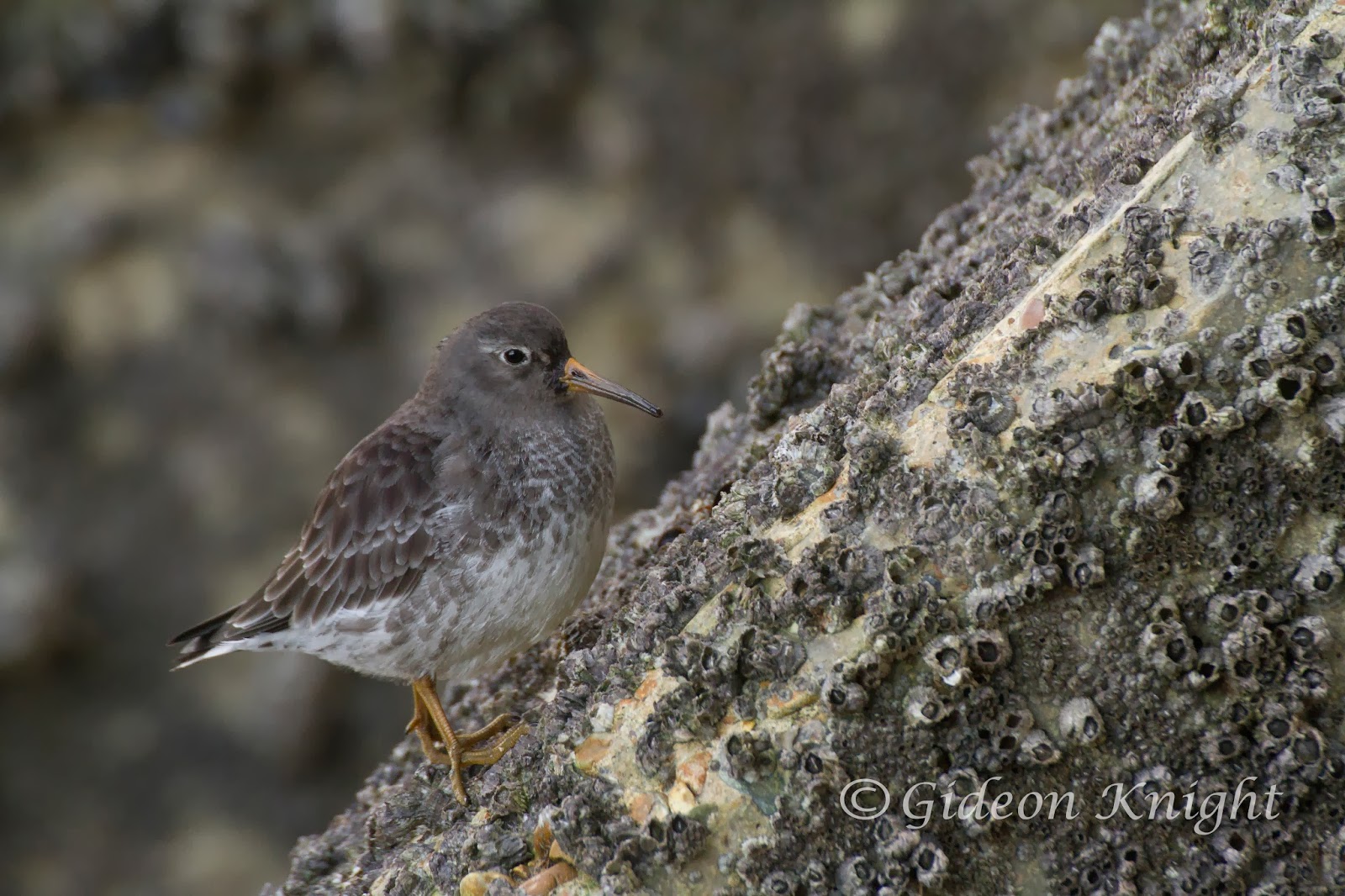 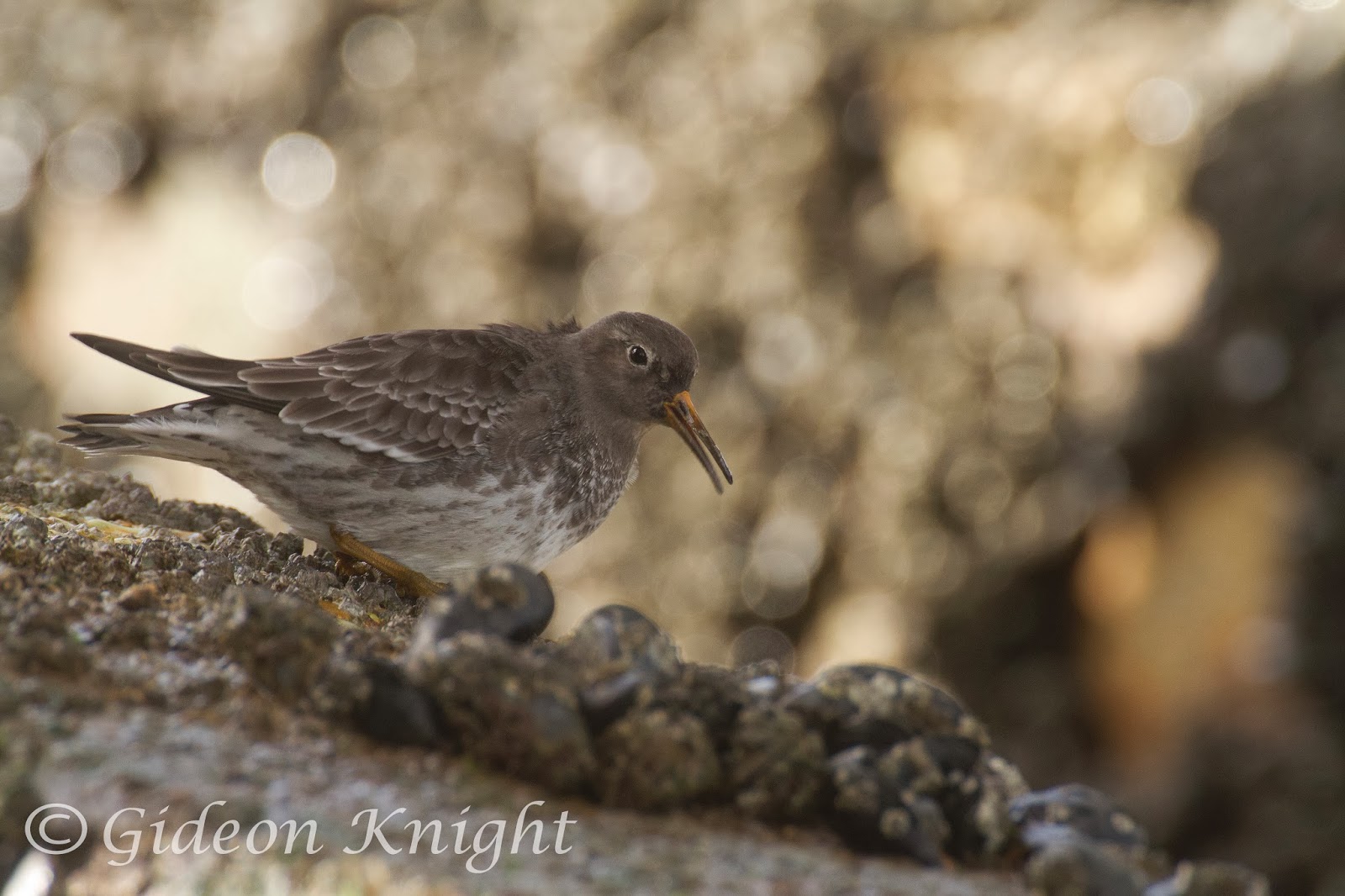 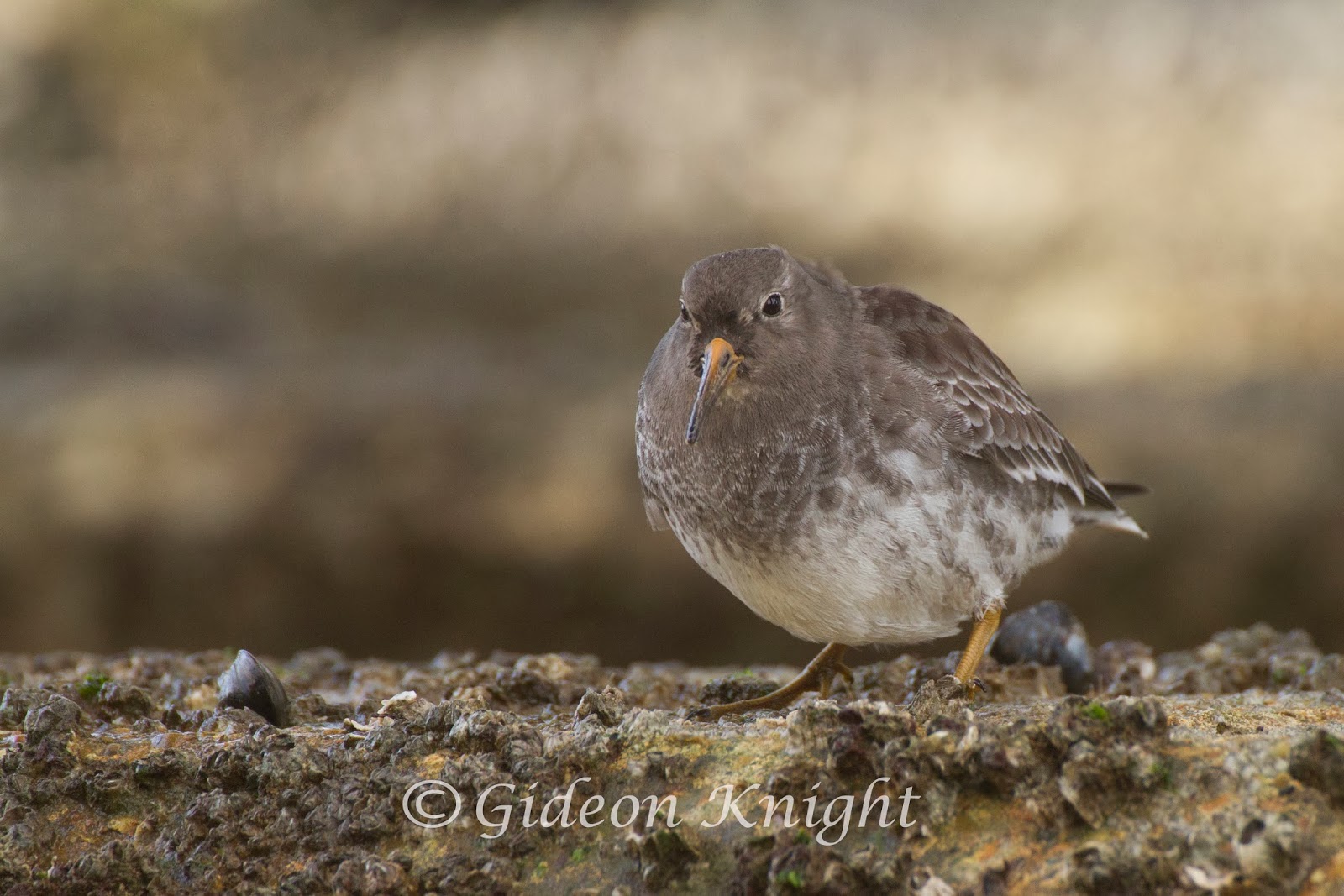