I have caught a cold which everyone in the house has at the moment, meaning no photography today, but hopefully it will clear soon.

Over the last three days I've been photographing birds coming to a perch I set up; I used two small sticks which I stuck in the ground and then balanced a bigger branch on top of them.  Putting Suet Pellets, Peanuts and Mealworms out below it I managed to attract some birds down, they are quite nervous and flighty but I managed some shots.  As we have around 6+ Blue Tits, 3 Great Tits and 2 Robins there is often a lot of squabbling so the less dominant birds would use the perch rather than the feeder.
As I didn't want the images to be 'Noisy' I used an ISO of between 400-1600, this means a shutter-speed of around 1/160 and for some shots an aperture of F5.6, but the lens lacks sharpness at an F-stop that low, so for the most part I used F8.0. 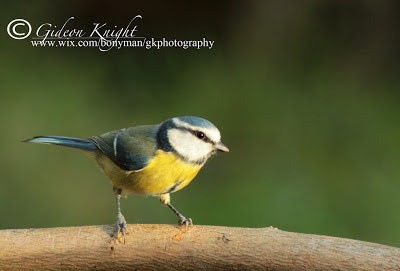 This is the first result and probably the best result as I didn't get good light again.
So far Blue Tits, Great Tits and Robins have landed on the perch and I also believe that a Jay did to, as something knocked it down. 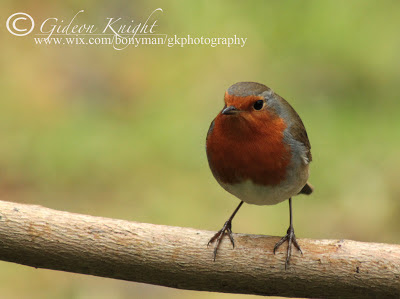 Yesterday was hardest for photography as it was raining most of the time and so a shutter-speed of 1/100 was required so I couldn't catch the Robin looking the right way.
Only five days until Christmas! I hope you all enjoy yourself! 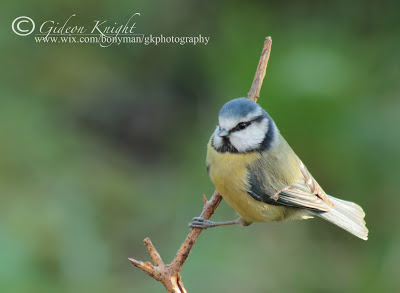