For me, Photoshop is almost exclusively used for slightly changing the levels, cropping and adding my copyright symbol.  As I am still a fair novice to wildlife photography, I took a great interest to reading the blog on Just Bird Photo's, here was talked about Rear focusing, something I didn't realise existed.  But as I went through the posts, I found one on photo-manipulation: There was an image of a Kestrel with some distracting branches behind it -something I wouldn't have minded, as I rarely see perched Kestrels- and he removed them so that it looked like they had never been there.  Now I am no Photoshop genius, but I was sure that this was simple enough.  So I picked two shots I had taken on my perch with my 500mm, both of which had a little-annoying branch which I wished to remove.  It was quite simple; using the Clone Stamp Tool, I took the colours from around the particular point and pasted it on top, so it looked natural.  Many pro photographers use photoshop -though maybe not in this way- on their images, Curves, Sharpening, colour changing to get the image just right, and with the amount of competition now day, some may even clone stuff out.  On a blog this is perfectly acceptable, but I would never put images on my website which had been altered in this way, a blog is different; you can do as you like, but on a website you should keep it as natural as possible, as that is where -if your fortunate- people will buy your work, and if you edit images in all sorts of ways it is harder to see the talent, a bit of light sharpening (although I never do it myself), and level changing is fine, but that is just my opinion anyway.
I also did a bit of sharpening to the eye, and around the birds.  I have posted both the original and digitally manipulated versions of the two birds. 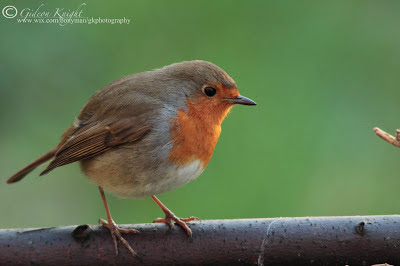 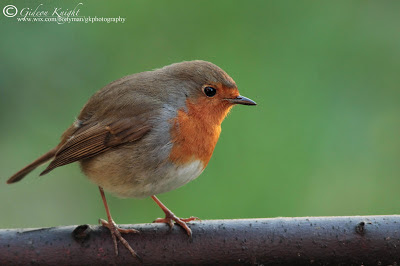 Manipulated  note: lack of stain on branch and the twig is gone. 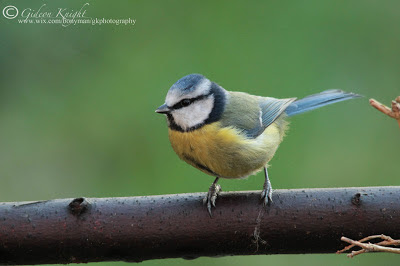 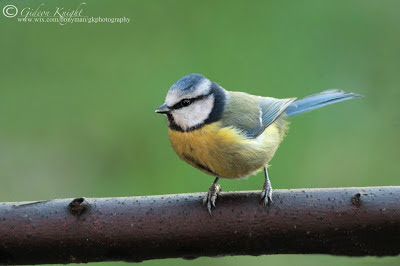 So that is digital manipulation, something I personally would only do for a bit of fun, which ultimately, it is.  I did a bad job on the Blue Tit though, as you can see if you look at the bottom right of the branch where I removed the twig; it is bulbous and blurry, but for my second attempt, and a roughly ten minute job, I could not, myself, have done much better, although I am sure many who are better on Photoshop could have.


A change of subject now, Crows, Crows are often hard to photograph nicely, as they are all black and I find it hard to get the exposure right with them, and even harder to get any detail, like the eye and the defining of the beak edges.  This was not made any easier by the Sun reflected waters of Brighton Beach yesterday, for jet-black and bright glaring white often cause silhouettes.  There was a Murder of around 7 Carrion Crows, who with a bit of patience would come into range for pictures, and sometimes so close that at 500mm I could just fit their heads in!  Incredibly the light was so bright I ended up using ISO 200, which is not bad compared to the 1600 I've been forced by the weather to use recently. 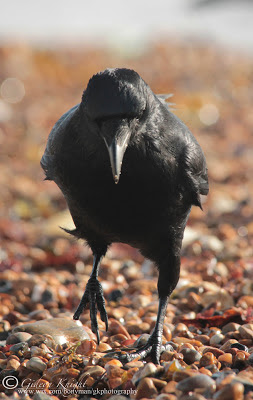 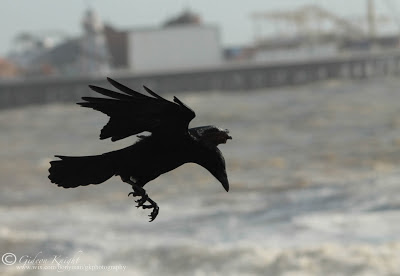 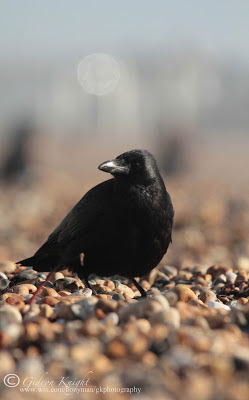 The waves were huge, and all the gulls were over the Sea rather that sitting on the beach like they usually do, a shame as I had wanted to photograph them with the new lens, another time though.