2013 was a great year, and I was to say the least very lucky! I went to Scotland, Ireland and many places around England, and at these sites I saw some incredible wildlife from Whales, Otters, Bitterns, Owls... oh the list goes on.  You could take it as far as to say that the wildlife spoiled me in 2013.  So as you can imagine to write up all these experiences in one post would take the better part of your day to read and the best part of several days for me to write. So I'll just stick to the highlights....

One of my best moments from January was seeing the Bearded Tits in Hyde Park.  As they were in a small reed bed they couldn't help but show well, so I made a few visits to them.  Waxwings were also on the agenda and I got some fantastic views, this was however whilst I still used a bridge-camera.  That brings me nicely to the last topic of January.  This was when I took the plunge and invested in a lens.  The move to DSLR advanced my photography greatly without the restrictions of a bridge camera in the way.  So a lot of January was spent getting used to the new kit. 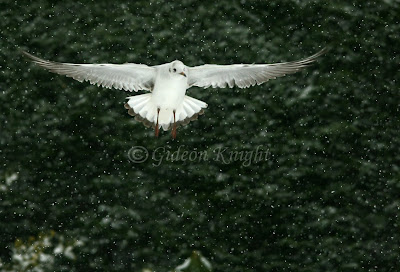 The 2 biggest trips I took in February were to Dungeness and to Ireland. Although I won't forget to mention the trip to Bushy Park where we saw a Lesser-spotted Woodpecker.
Dungeness was a huge success with 9 lifers, including Black Redstart, Drake Smew, Bean Geese and Great-white Egret! 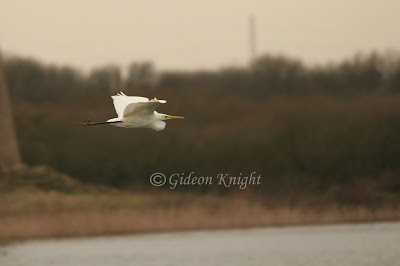 Ireland was also great with 5 life-ticks managed including Kumliens Gull and Scaup.  The Kumliens Gull was quite a surprise and it more than made up for the fact that I dipped a Spoonbill.
Not a lifer, but a White-tailed Eagle also showed well soaring overhead for a couple of minutes at a local beach. 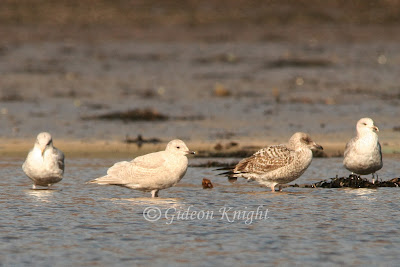 I started off March on a high with Goosander and Slavonian Grebe at a Walthamstow Reservoir.  And if that wasn't enough an exhibition of my photography was hosted by the City of London at a couple of sites around Epping Forest which was fantastic!  I also got into a local newspaper as a result.
To top it all off I went to Scotland in March too, which was, unbelievable.  The highlight for me was seeing a Sperm Whale in Oban Harbour.  It was breathtaking to see, the shear size of the thing!  It was estimated to be about 40 foot long and weighed around 20 tonnes. It was just incredible, something I'm sure I won't be forgetting any day soon. 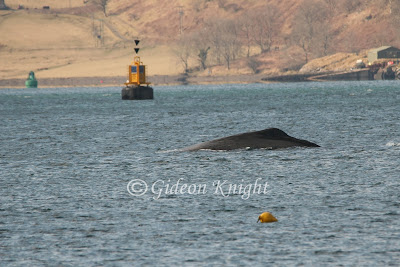 Oban Harbour is also home to Black Guillemots and Otters, both of which showed ridiculously well, the Guillemots down to 5 foot at times.  So I tried for some portrait shots which is all well and good but looking back now I wish I'd spent a little more time trying some other stuff. 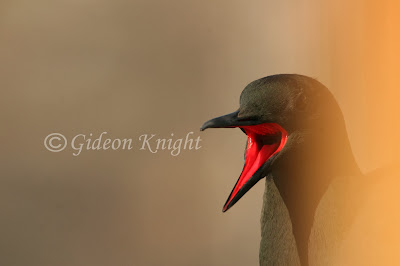 When we were driving back to Glasgow -before heading back to England- we stopped off to look at the ruins of a castle.  It just so happened that I looked up to see an Osprey going over, quite a surprise.  Unfortunately the big lens was left in the car, I've learnt that lesson now.
I managed 5 life-ticks in Scotland, a trunk load of pictures and left with some incredible memories.

April was a bit of a quiet month, that is to say there weren't really any big trips out.  That's not to say that it passed without interest though, after all it is when most migrants start arriving.  In my garden I had a Pied Flycatcher and a Whitethroat, at Rainham Marshes I had a Little-ringed Plover and a visit to Wanstead Flats showed up 5 Wheatear. 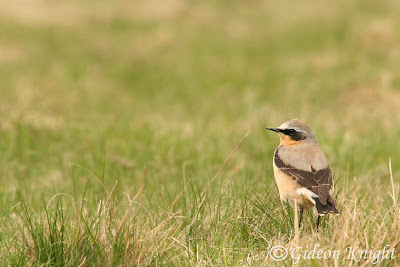 May again was a little bit quiet, I spent a lot of time at Kensington Gardens though, especially after I found out you could hand feed most of the birds there.  I didn't just hand feed the birds though, no I also managed to see nesting Treecreepers and the Little Owl.
I was also at the patch fairly regularly -as every patch birder should.  There were of course the young birds, Cygnets, Gosling's Ducklings... but also I managed to find a pair of Great-crested Grebe.  Somewhat of a patch rarity.  I had high hopes that they would breed here, especially after I was lucky enough to see their courtship.  It wasn't to be though and after a week or two they were gone.

In June I was in Ireland again and I was treated to a visit to Skellig islands, it was an unbelievable day.  Over 60,000 Gannets as well as Puffins, Guillemots, Razorbills, Manx Shearwater... but I must say in my eyes that wasn't the best part,  in my opinion that was when a Pilot Whale came up about 40 foot from the boat.  I do like whales.... 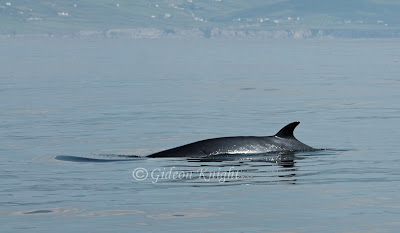 Back from Ireland I went on one of my rare twitches.  I went to see the Long-tailed Duck that was residing on a small lake in the heart of London. As they are usually to be found out at sea photographing them isn't always easy, so an inland one was definitely worth a visit, and it didn't disappoint. 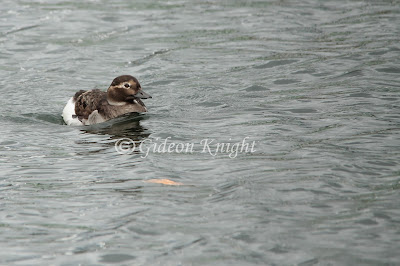 In July I bought myself a 7D, quite expensive but so far it's proved worth it.  I'll look at it as a long-term investment, that way it puts my mind more at ease.
The first big trip out with the camera was to Elmley Marshes, We had Avocets, Lapwings, Marsh Harriers, Reed and Sedge Warbler, just a quite nice if a little hot day out.  I would post a picture from the day but, errr I might have lost them.  All of them, not too sure how but... Oh well.
Another big trip out was to Minsmere where I saw Green, Wood and Curlew Sandpiper, Knot, Little Gull and the star, a showy Bittern!  Again I managed to lose all of my shots from that day, I managed to restore some of the ones of the Bittern but not my best.  I must be more careful.
Last but not least I had a Med Gull in full summer plumage go by my garden, it totally shocked me! 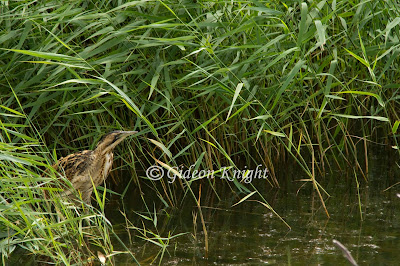 I was back in Ireland again in August, the biggest trip was again to an island, this time Cape Clear island in the hope of seeing some of the thousands of Shearwater that go by there each hour.  Oh we saw them all right but they were a little bit further away than we had hoped.  So there was no chance of picking up Sooty or Great Shearwater.  Instead we focussed on the Fulmars who live on the island, by the end of the day I had managed some decent in flight images of them, though it wasn't easy.  Unlike the Shearwaters you see the Fulmars kept coming too close, but one or two successes were had.
I also had a Minke Whale out at sea! My third species of whale in one year! 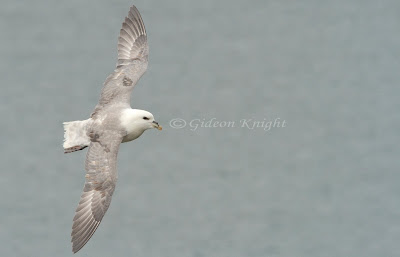 Most of the rest of my time in Ireland was spent photographing some of the butterfly species that lived here, concentrating mainly on Silver-Washed Fritillary and Small Copper.  While I was there I saw 18 species of butterfly, I'm hoping by next year I will be able to afford a macro lens, that way I might have some slightly better shots of them.

I mostly did local birding in September. I visited Wanstead Flats a fair few times, and I managed to catch up with a few Whinchat and a very showy female Kestrel who didn't mind me taking a few shots.
Other than that and a quick trip to Rainham Marshes where I had Kestrels, Hobby and Marsh Harriers that was about it for September. 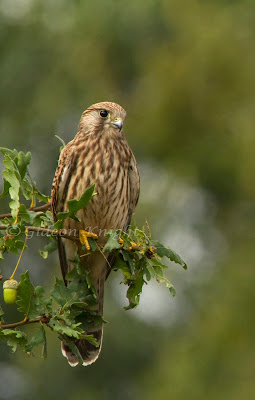 The patch started to pick up in October with the return of Valentino the Med Gull and the discovery of some rather confiding Grey Wagtails.
The highlight of this month, however, has to be the Red Deer rut, I had an amazing couple of mornings at Richmond Park photographing the Deer, something I definitely hope to do again next October. 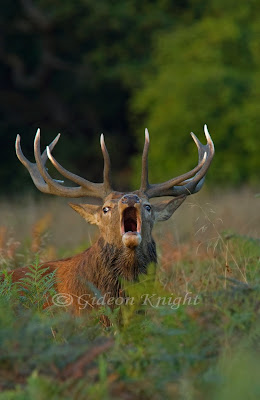 Due to Storm damage early on my patch was closed for the best part of November, so naturally very little patch birding done.
I was surprised to hear - in October I believe - that I had been placed highly commended in the Suffolk Wildlife Trusts YoungWildlife Photographer competition.  And on the 29th of November I went to an awards ceremony down in Suffolk for the competition.
While I was in Suffolk I did some birding and saw Crossbills and Hawfinches, two members of the finch family I've wanted to see for a long time!
I also managed to catch up with the Tawny Owls at Kensington gardens again.  They showed superbly if not just a little but too high.  But it was nice to finally get a proper picture of one, fingers crossed for the owlets this year! 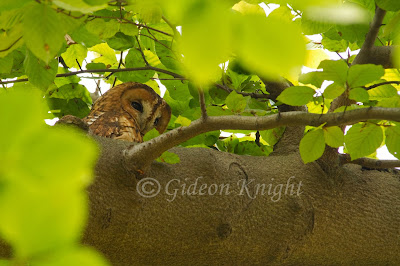 In December I turned fourteen and the day before my birthday I went birding. I had some crazy views of a Great-Grey Shrike in the morning.  It came within two foot of me at one point!  I spent so long photographing it that there was only time for one more stop so we decided to go for Purple Sandpipers.  They showed well but there was basically no light left for any pictures, the shrike was a different story. 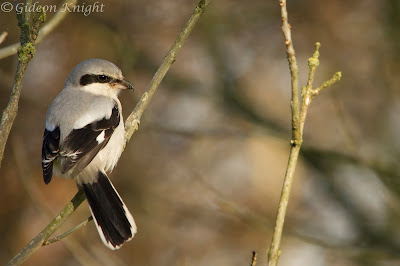 Through December my patch started to get better with a few Redwings, about a dozen Shoveler, the continued fantastic views of Grey Wagtail, and then on the 28th it really got good.  I saw my first patch Kingfisher! It showed pretty well the second time around too. 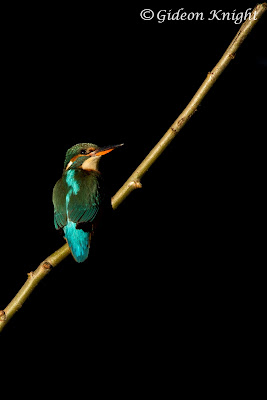