My Father and I went over to Leyton Flats this morning. Walking around the lake we saw: Pochard, Tufted Duck, Mallard, Coot, B-H Gulls and a Great-crested Grebe.  In a bush on the edge of the lake were some Starlings singing!  As we were walking round the other side of the lake I decided to go into the woods.  As we walked in I spotted a Robin and my Father pointed out a bird fly up to a tree, we both suddenly thought of Nuthatch.  A few seconds later it popped out and yep, Nuthatch!  And not just one, but two! They stayed around that tree for a while hanging upside down in typical Nuthatch fashion, then they flew off. A few minutes later a local birder came over and after a while we  managed to point one of the Nuthatches out to him, it was his first here all year!
On the way back a couple of Hirundines flew over. 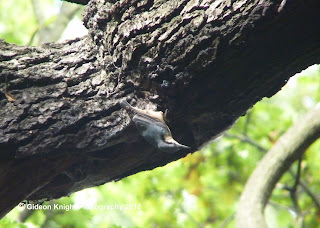 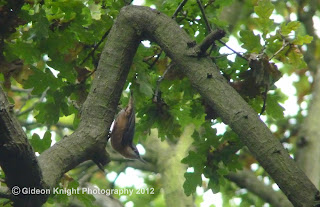