At the Park this morning, at about nine, I managed to pick up Valentino the Med Gull!  I attempted some pictures but they were all blurry and then he took off.  Moving around the lake I managed to pick him up again by his heavier posture than the Black-headed Gulls, and his heavier and blood-red bill.  I managed to digiscope some record shots, nothing spectacular. 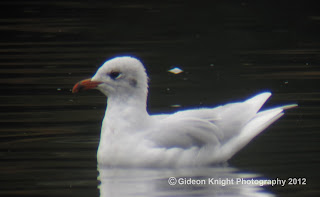 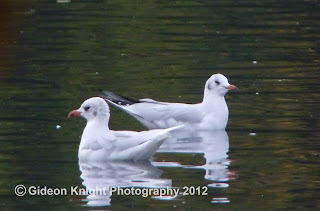 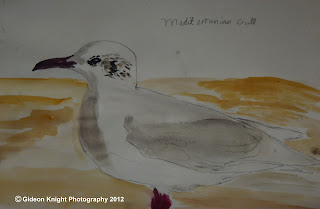