This morning my father and I were up and out by just gone seven, and were at the base of Tower 42 before eight.  As I had been in contact with David Lindo he had put us on the mailing list, so today we went along to the study group.  After everyone had arrived we set off up the building.  At the top of the tower you get a fantastic view of almost the whole of London.  Almost immediately a Sparrowhawk flew over and disappeared into the cloud cover, which there was a lot of, almost the whole sky was uniformly grey.  As the day progressed the clouds began to clear and the sun came out.  The wind was chill and my hands had frozen stiff.  We saw little except a few birds which were apparently Siskin!  Nonetheless it was an enjoyable way to spend the morning. 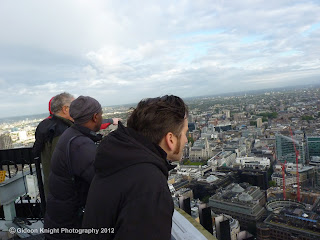 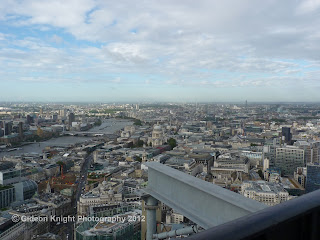 Back home in the afternoon we went to the post office as I'd ordered a scope (Acuter ST16-48x65A) and it had turned up while we were out.  When we were back I carefully opened the parcel, and  put the scope together.  There was a Goldfinch on the feeder, I had a look through the scope and was surprised how bright and clear the image was, I went up to 48x and although the image got darker, it was mightily impressive compared to my old 20x Clubman.  Using my Fathers Samsung TZ camera (okay other than my mothers the camera I use for Wildlife photograohy is also his) I attempted some handheld digiscoping, the results were great compared to the old one.

Just after four we went to the park to test it out, and go shopping.  I saw Little Grebe, Common Gull, Chaffinch a Crow mobbing a Sparrowhawk and Jay. 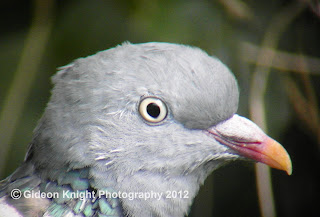