On the lake were over 12 Pochard sleeping, and a Grey Heron on the island, as well as the usuals.
As we were walking by the Canal I scanned the field for interesting gulls and was rewarded with Valentino the Med Gull!  Also there was: Black-headed Gull, Common Gull and Herring Gull!
Other highlights were: Grey Wagtail, Jay, plenty of Mistle Thrush's and a Long-tailed Tit flock (I was gutted that someone else saw a Nuthatch with them at 15:00).
At the end of the trip we had racked up 32 species of bird!  That smashed the record by 3! 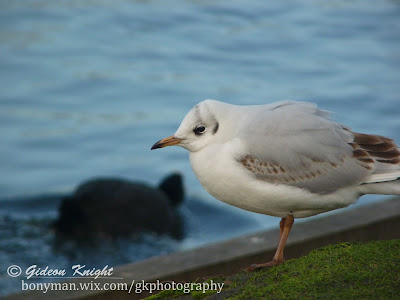