Yesterday morning in the garden in Ilford the Starlings were back!  There were eight on the suet block feeder!  As I was watching them I saw something fly up and land behind a post on the fence, now, the garden is small, about 15x20 foot, with one small tree, there are also no big trees around, except for a conifer, so when the bird poked its head round and showed itself to be a Great-spotted Woodpecker I was surprised!  The garden was in shadow at this time in the morning, so I had to use slow shutter (sorry if you are bored of this), about 1/100-1/200, and with the excitement my hands were not that steady. 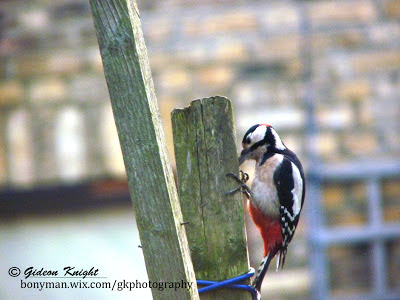 On Tuesday my Grandmother and cousin Caleb from Ireland came over, and on Wednesday Caleb and I went up to London as I was planning to get him some bird ticks, as I have turned him into a bit of a birdwatcher, which is good as so many young people have no interest in nature, but I suppose for him living in the country side its difficult not to be.

Well, later on Thursday, at about eleven we headed to Thurrock Thameside Nature Park as I had heard some good things about it.  We saw nothing too interesting as the tide was in, all the birds were miles away.  On one island I saw about c.50+ Curlew.  There was also a Kestrel about.

After that we headed to West Canvey to try and get for Stonechat and Short-eared Owls for Caleb.
As we walked to the Sea wall we saw Fieldfare and Redwing feeding on berries, none close enough for images.  There were no Stonechat in the area were we saw them last time, or anywhere else as far as we could see.
We walked along the Sea wall seeing: Little Egret, a huge flock of Teal and Shoveller and a flock of Stock Dove.  Also a Snipe flew over on rapid wings.
We walked around a long way and Caleb complained about losing feeling in his fingers, admittedly it was freezing.  Unlike last time the marsh wasn't there, instead was a big water-wayed grass field. 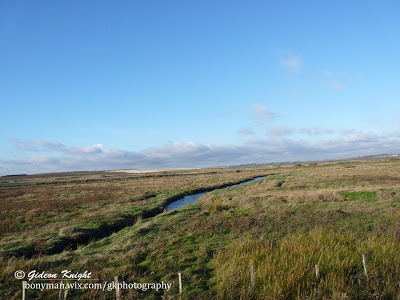 No luck with either S.E-Owl or Stonechat.  In the hide near the car park I saw: Redshank, Shovellor, Rabbit and Canada and Greylag Goose.

This morning we went to Wanstead Park to try and get Caleb one of the ticks he most wanted; Kingfisher.  We found a fair few friendly Robins and I almost hand fed one, not quite though.
We came to the bit by the river where I had seen Kingfishers before, and waited for a fair while.  The ground was frosted and there were two Robins feeding in the grass here, surprisingly close together. 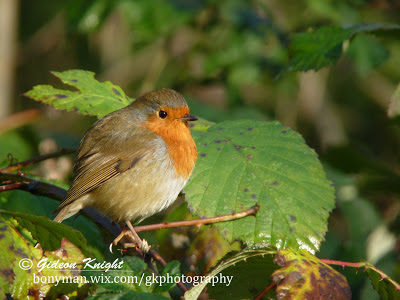 After a long while I saw the Brilliant flash of blue of the kingfisher speeding over the water, it flew up into the bushes out of sight and then came  back down allowing Caleb and my father to see it,  mission accomplished!
As we walked back along the other side along the lake we saw Cormorant and two Siskin!
Altogether we got Caleb seventeen ticks! 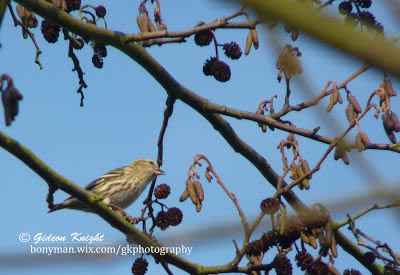